I hope everyone had a safe and Happy New Year! Welcome to 2016!
My last post of 2015 focused on being very efficient with the weapons that you own. This post is about your personal knowledge of the many different weapon systems that are out there and why you should have that knowledge. 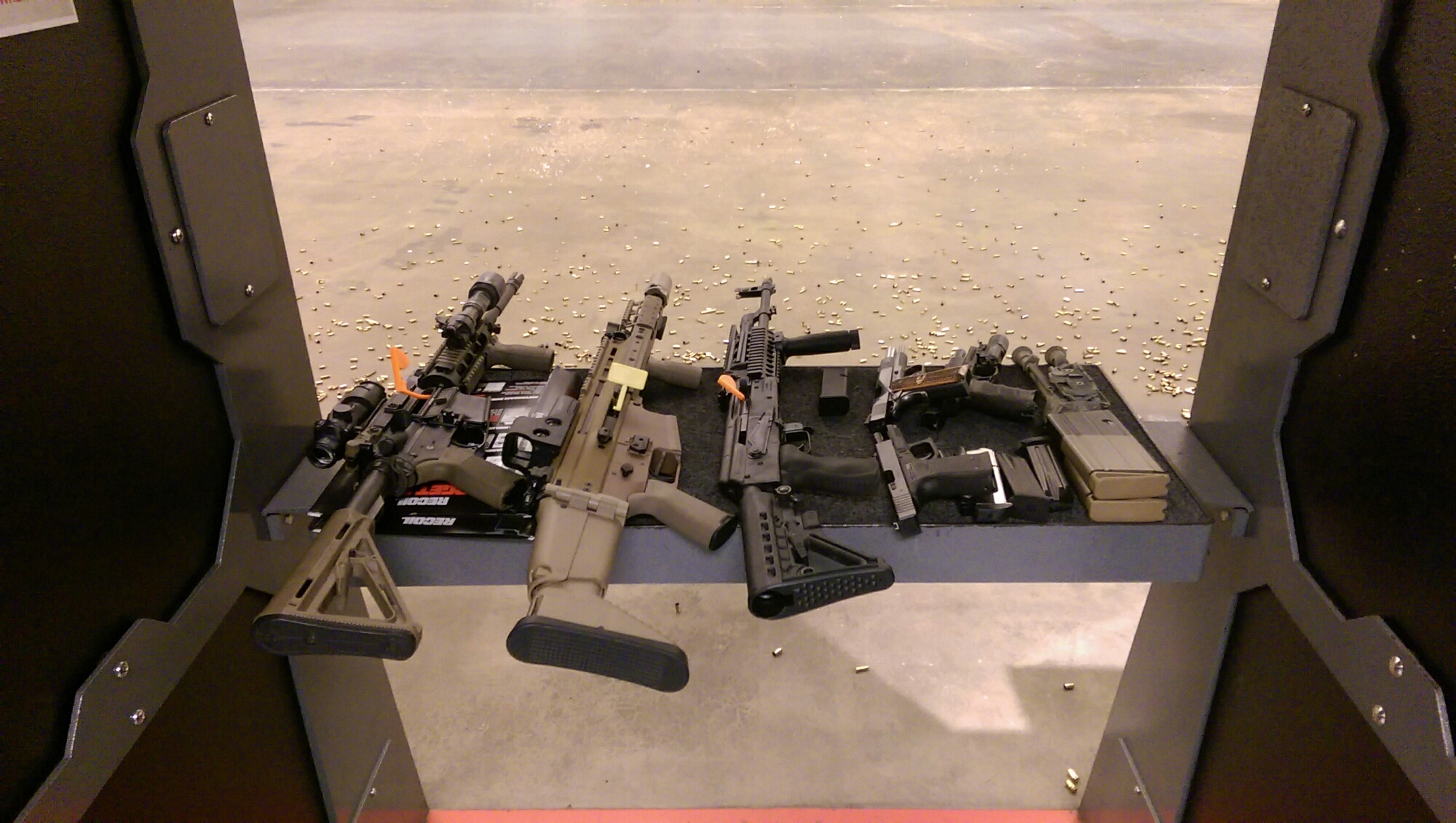 Weapons have been around since the beginning of time and they have improved drastically over time. This is especially true with firearms. Firearms technology has advanced quite a bit; starting out with single shot pistols and muskets that had a rate of fire at 7 shots per minute if the shooter was good to miniguns that fire 4,000 per minute. 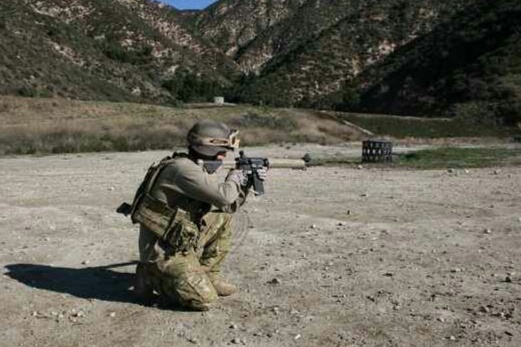 Me shooting with my first AR15 many years ago.

Firearms today, in my opinion, is advancing on at a similar rate with computer technologies. It’s hard to keep up sometimes but it’s a hobby and a huge area of interest for me.
Firearms are as diverse as there are people because people are their creators. You can see that in each modern firearm, there are traces of lineage of you will, of features that go way back in time.
With this, there are many different weapons systems in existence. Most gun owners may own just one firearm and know only how to operate that one. There’s nothing wrong with that. If they know how to use it and it works for them, perfect. That’s not me however. I have several different types of weapon systems because each of them was designed for a specific purpose. I don’t own firearms just for the fun of it, although they are fun to have; they are tools that I will use to defend my family, myself and others from anyone who wants to harm them whether it be a criminal, terrorists it doesn’t matter.
It is widely known that members of our special forces units train with as many different weapon systems as they can and usually fire thousands of rounds through each system in order to familiarize themselves with weapons that they might come across in the battlefield. This is important knowledge for them because they’re usually deep inside enemy territory without backup or resupply and may have to pick up a enemy weapon to continue the mission.
This knowledge isn’t just useful for special operations units; it’s also very critical for Law Enforcement Officers as well as civilians whether they have CCW or not. Think about it. Although it’s more prevalent today than ever that LEO’s are issued patrol rifles, most LEO’s still only carry a pistol on their person and their long guns are either in a rack or the trunk of their unit. An off-duty officer and citizens who carry concealed only have a single pistol on their person, most likely a compact/subcompact pistol or revolver and hopefully with a few spare mags. If you’re one of the above or even a unarmed civilian, you really don’t have a lot of firepower or any at all. 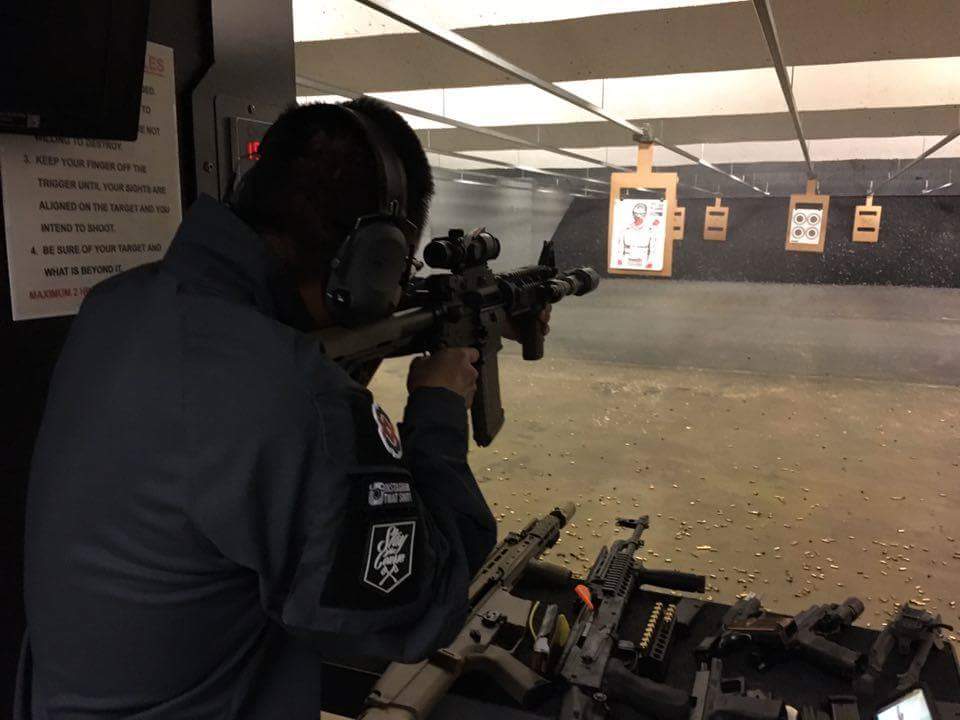 Firing a friend’a AR15 with an ACOG 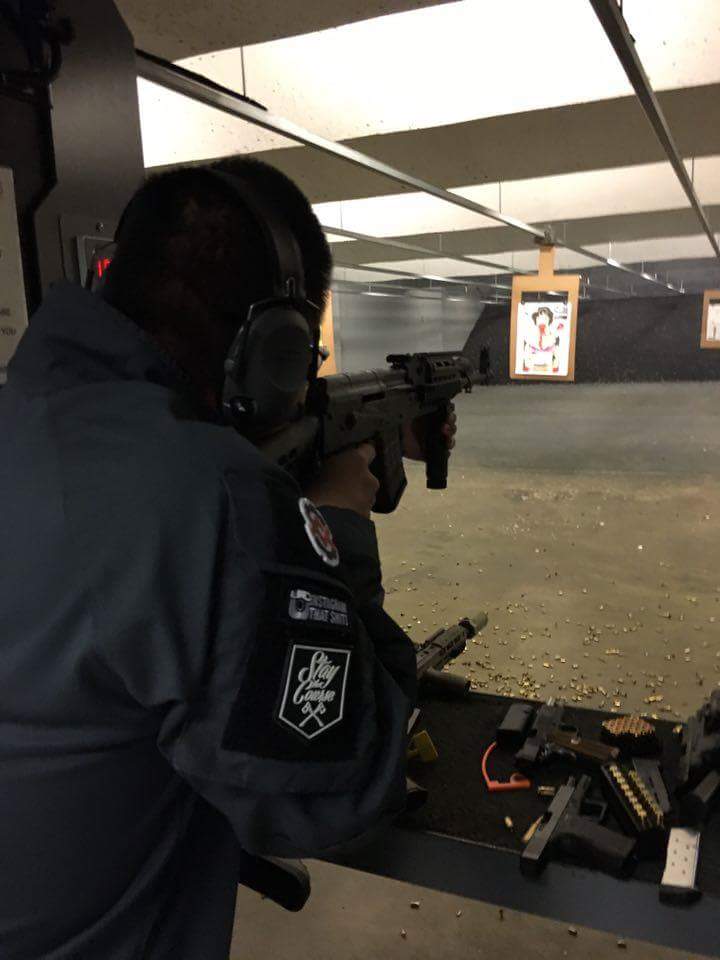 Firing an AK47 type rifle a few weeks ago.

Now put yourself in a critical scenario that is all too common unfortunately: an active shooter/terrorist attack. These mass murderers or terrorists usually are armed with a long gun of some sort, usually an AR15/AK47 semi automatic rifle. The pistol that you’re carrying is obviously no match against these weapon systems so your best chance at survival is to get out of the “X” or the target zone. If you’re law enforcement, you don’t have a choice but to move in. If you can’t get away, you’re going to have no choice but to fight or die taking it in lying down. You already know what I’ll do. I’m going to fight or die fighting. Hopefully I won’t lose my life but I’m never going down without a fight. If you’re able to take out of the shooters with your pistol, you’re probably running low or are out of ammunition. Now it’s time to even up the odds a bit by picking up the dead shooters weapons and magazines and move to take out the remaining shooters. Now isn’t a great time to figure out how that weapon system works; its time to reload that mag and go to work. I was taught in the academy to never use a suspect’s weapon because you may not know what condition it is in. If the shooter was shooting and killing innocent people with this weapon, I’m pretty sure I know it works so throw that stupid SOP out the window and go get the job you signed up for done!
Now what’s the best way to get familiar with different weapons systems without spending a fortune buying all of them? The answer isn’t playing Call of Duty or anyone of those first person shooter games, I will say that they do show with some degree of accuracy how to reload the weapons. I’d say to start, you could watch training videos, there’s a ton of videos on YouTube that are useful, I like to watch Vickers Tactical and hickock45 for my research. Nothing compares to having the real weapon in your hands so you can fully manipulate it and it’d be even better to shoot with it so you can see how the sights work and how the weapon recoils. Many gun ranges have rentals that you can try out. If you have friends who shoot, chances are they will have different weapons than the ones you own and vice versa, have a range day and shoot each other’s weapons and share the knowledge. If you at least know how to load, fire and reload a certain weapon system, you’re much better off than not knowing. It’s some more knowledge to throw in your tactical tool box. I’m not going to go into each and every system out there, that’s your job. What I suggest would be to familiarize yourself with these types of weapons: semiautomatic pistols, pump action shotguns, semiautomatic rifles AR15’s and AK types. These are the most commonly used weapons by these cowards who attack innocent civilians, let’s turn it around on them and take them out before they can do more harm.