“Beware of the man who only has one gun.” 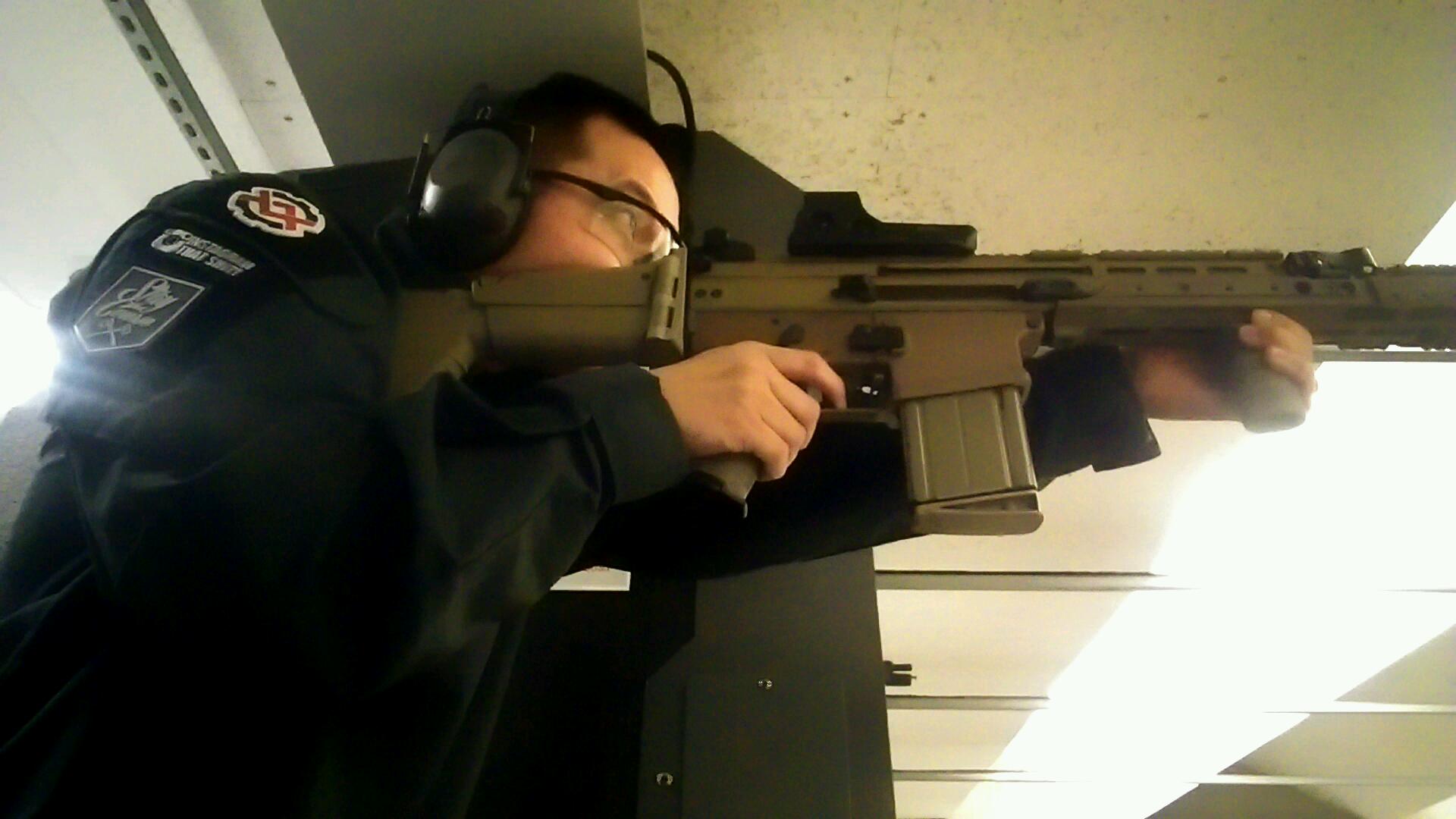 I found this quote fitting for me as the year comes to a close. 2015 has been a very busy year when it comes down to the weapons systems that I parted ways with and the the ones that I acquired. 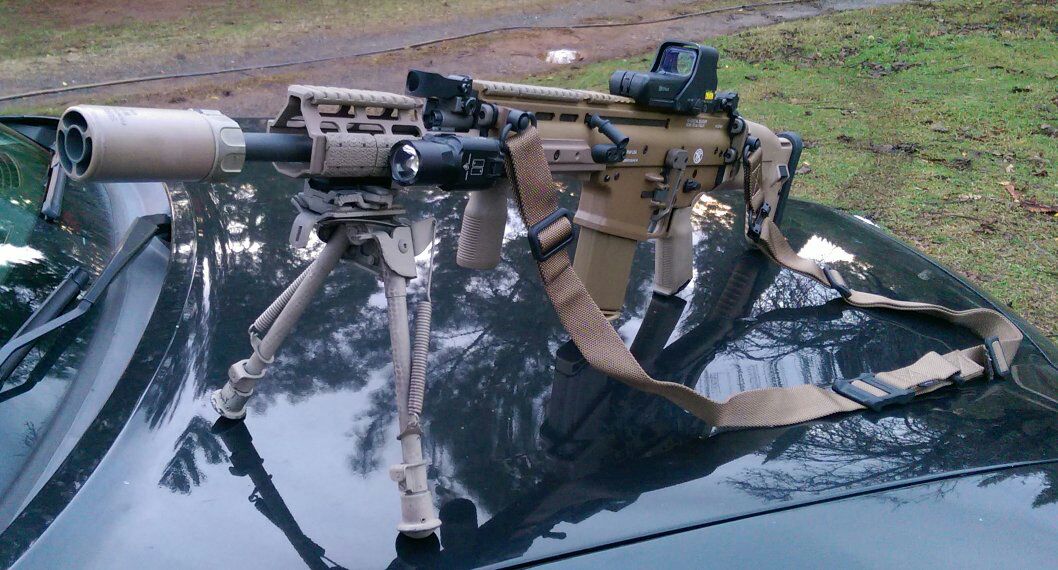 If you’ve been following my blog, you know that I went through a sort of ‘spring cleaning’ with the guns I own. The reasoning behind it? I wanted own the guns that I want and enjoy shooting and get rid of ones that I never shoot. Makes sense right?
My spare time and especially range time is extremely limited due to my priorities with family and work. If you know me, I put my family first above all else. So when I do find the time to hit the range, I want to get in practice with the few guns I will use when the time comes. Financially, guns and gear also aren’t anywhere near the top. In order for me to afford the guns I want, I needed to sell some to fund them. Fortunately, guns hold their value pretty well and I sold most of them without losing out on what I paid for them and a few I got more for what I paid initially.
Before this year, I was never one to sell my firearms. There was a strong sentimental value each of them had. I had to get over it in order to get what I wanted. After selling my first one, the rest got easier to part ways with. I’m positive that they are all getting much more use than I would’ve had I still owned them.
I started with selling my HK USP .40. I wanted to replace my current duty weapon at the time, my Sig P229R because I wanted a newer and simpler weapon system to operate at work. It was hard to sell because it was the very first pistol I purchased the moment I turned 21. I was my duty weapon for a few years before my P229; but it has been sitting in my safe collecting dust. I sold it to a friend who always wanted a USP but couldn’t afford the msrp price tag. It was a win-win for the both of us. Thankfully, the HK VP9 had a lower msrp and I was able to obtain it along with a Surefire X300U for not much more than what I sold the USP for. I’ve been carrying my VP9 for months now and as far as pistols go, I shoot very well with it and ergonomically, the best for me.
To read my review on the VP9: 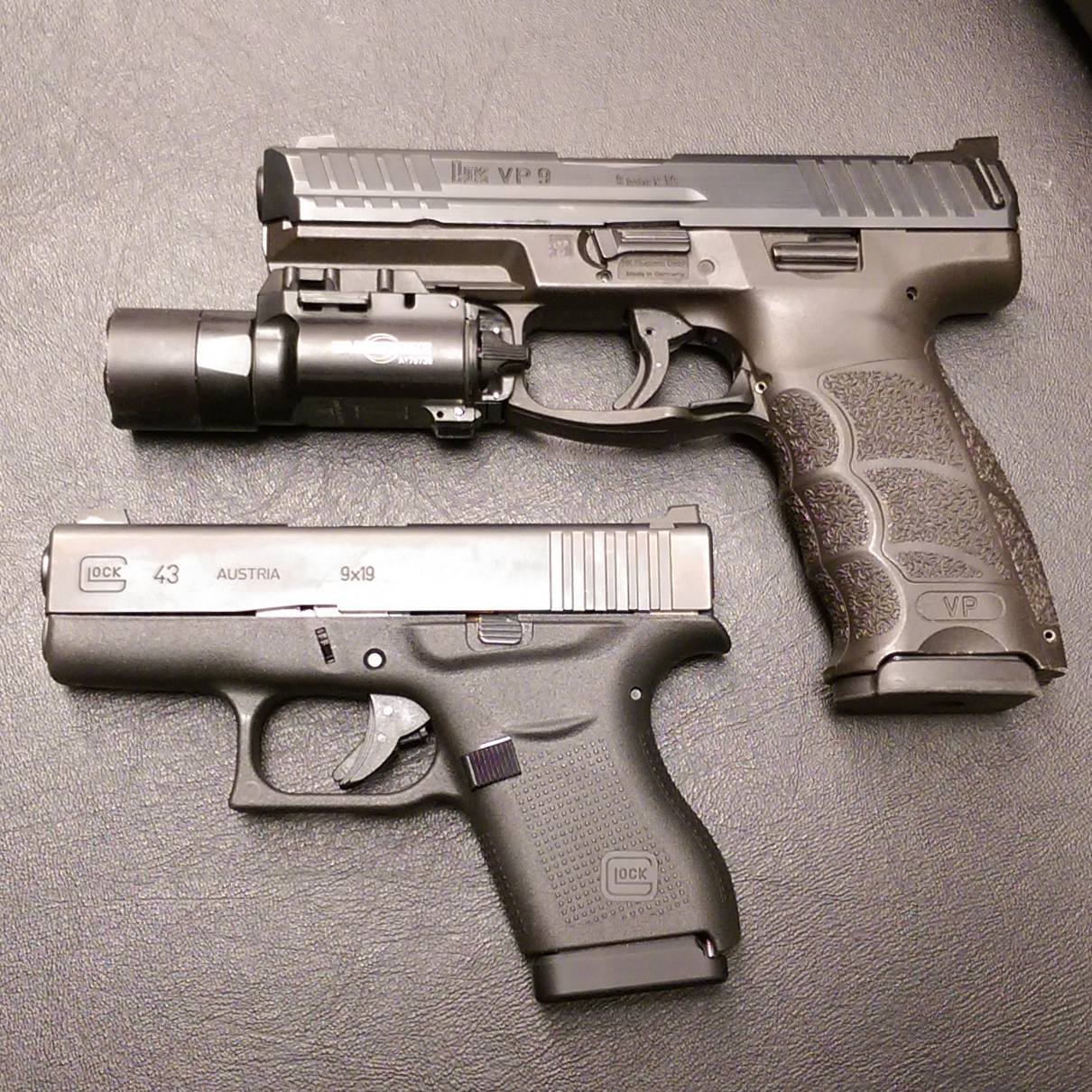 My back up guns went through a few changes. I sold my Beretta M85F Cheetah chambered in .380 ACP to buy the Beretta BU9 Nano. I initially wanted a Glock 43 but they were hard to find at the time so I got the Nano because it was available immediately. When my partner offered to sell me his spare Glock 43 (he had two) I quickly sold the Nano.
To read the review of the Cheetah: http://wp.me/p5LV2Z-1R
To read the review of the Glock 43: http://wp.me/p5LV2Z-39
Now onto the weapon system that I never thought I’d I ever own because of it’s hefty price tag: the FN Herstal SCAR 17s. I was going to sell my M1A since it was the gun I was replacing the SCAR with. I had buyers back out and it’s still waiting to get picked up so I had to sell some others for the time being. The first sacrifice was easy: the GSG-5, a MP5 clone that was chambered in .22lr. It was a fun little plinker but it didn’t get shot a lot. Next was the HK USC .45, a civilian version of the UMP SMG. This was a lot harder to sell because it has since been discontinued and very rare. Good thing for me, it’s value shot up and I was only willing to let it go for the right price. I tried to sell it amongst friends first, for a much better deal than what I ended up selling it for but no one could afford it so I threw it on gunbroker and it sold minutes before the listing ended. The transaction was very simple and didn’t cost me too much in fees. The P2000sk in .40 was next to go. This was my last .40 caliber weapon I had but it also had some sentimental value as well, it was my first back up gun and was my main off duty carrying weapon for years. I also wanted to limit the different ammunition types I had and so it went. Now I finally had enough to fund what I’ve wanted for years, my very own FN SCAR 17s.
To read my review on the 17s:

Back to the quote; the reason that the man with one gun should be feared is that he probably knows how to use it. It insinuates that he shoots it a lot and trains. This is very important especially now, more than ever. I’m a huge proponent of everyone’s right to self-defense because it is a human right, not because our Second Amendment guarantees it; despite states that infringe on that right. The best tool to defend yourself is a firearm. Owning a firearm is a nice start, knowing how to operate it under stress and effectively would be optimal. It is something that a lot of gun owners take for granted and sadly the same goes for LEO’s. I made the decision or decisions this year to improve not only my weapons systems and gear, but my personal skills with each of them. I did so by limiting the amount of systems I owned and making sure that I shot more with each of them; quality over quantity. I was fortunate to get some training at work and some training outside of work at Falcon Ops Group.
To read my After Action Review of that course:

The time chooses you. Remember this fact: You never ever know when or where some bad things are going to happen to good people, yourself included. San Bernardino happened a few counties over from where I work. Some of my friends lost their friends in that terrorist attack. The first responders when interviewed said that they had hoped to not have seen what they did in their entire careers. I hope for the very same thing. This is the world we live in today, we are still at war. These cowardly attacks can happen anywhere in a free society, all we can do is prepare outselves and make ourselves the absolute worst nightmare for these terrorists/criminals who think they can go unopposed during their attacks. Best way to deal with someone trying to kill you? Han Solo did it best in the Cantina, he shot first! If someone is pointing an AK47/AR15 (it doesn’t matter) you’re not required to wait and return fire, you may never get the chance to.
The law enforcement response to the San Bernardino attack was swift and the first to arrive were there in minutes, the terrorists were still able to murder in cold blood, over a dozen people and injuring dozens of others.
A lot of friends who were on the fence on gun ownership reached out to me after this horrific event and asked for my advice on what guns to purchase. Like I said, getting the right tool for job is only the beginning, teaching yourself how to use that tool well is where you want to be.
I started this blog in February and I got a lot of feedback so I will continue to write and try to write more often. Thank you to each and everyone who follows this blog and especially those who share it amongst your friends. I don’t make any money from this, I just like to pass along my personal knowledge, hoping that it’ll help others make big decisions on gear etc. Stay safe and train often!