Striker Fire pistols have been around for many years and in my opinion, they are perfect for duty carry for peace officers and civilians for self defense. They are safe and simple to use and don’t require any more manipulation of the pistol other than squeezing the trigger. It takes fewer steps out of the equation when it comes to shooting, this is especially important in a gunfight. It allows the user to focus on taking care of the threat as opposed to further manipulation of their pistol. With extensive training and practice, anyone can be extremely effective with a DA/SA or 1911 style pistol, but let’s be honest; most officers and gun owners do not train or practice as much as they should and some just don’t think it is a priority. I have carried many different platforms for my duty weapon and I’m going to go with the simpler striker fire system.
Glock wasn’t the first to come out with a striker fire pistol, they were the first to make a high quality and inexpensive one, the Glock 17. Glock has dominated the Law Enforcement pistol market just like Ford dominated the Law Enforcement vehicle market with the Crown Victoria/Police Interceptor for many years. Now Glock finally has some competition by other high quality gun manufacturers. Almost all gun makers currently offer a striker fire pistol. 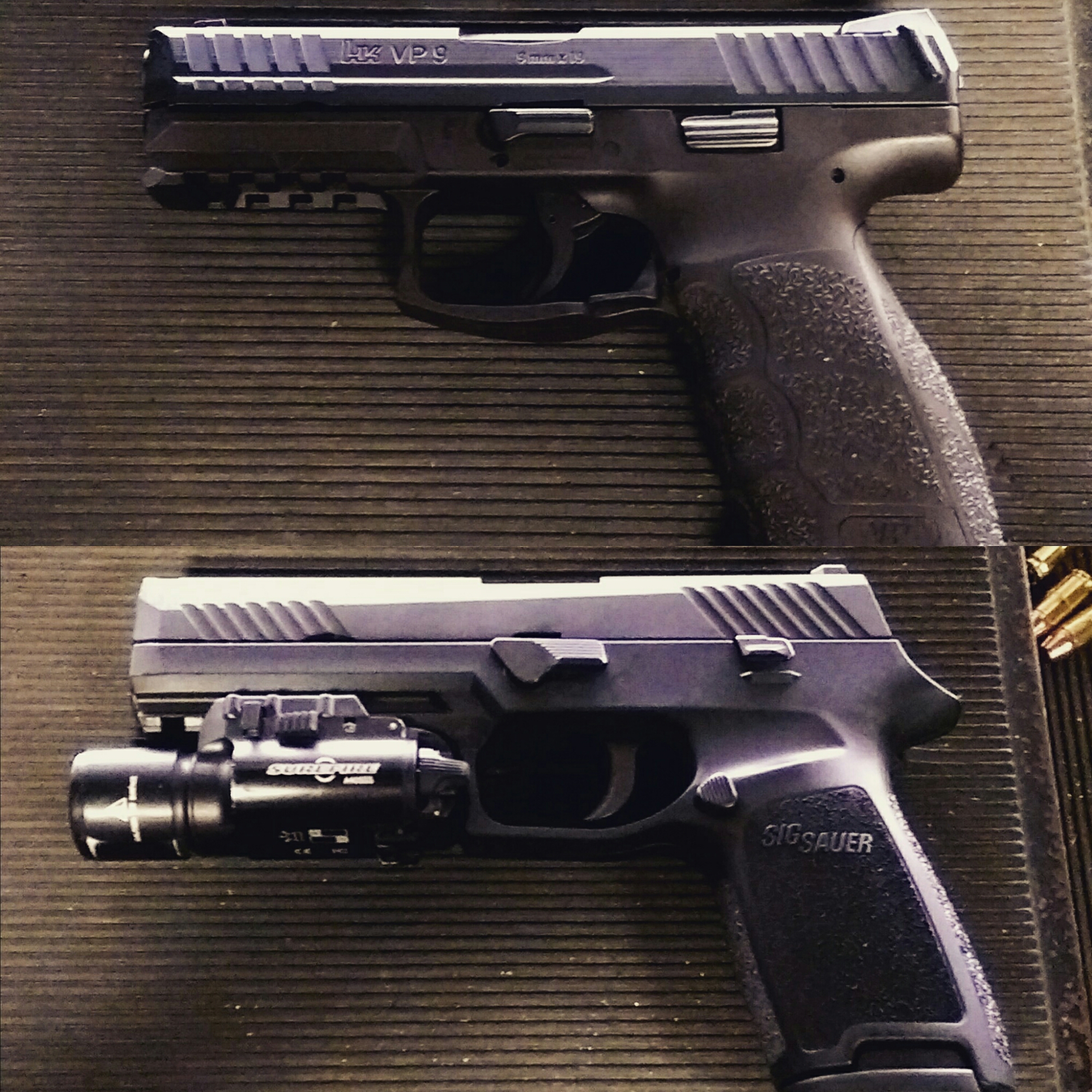 Sig Sauer and Heckler & Koch have finally got into the striker fire market with Sig’s P320 and HK’s VP9. I recently sold my HK USP.40 and purchased the new VP9 along with a Surefire X300U for almost the same price. The VP9’s msrp is the lowest I’ve seen on an HK pistol, going at $719 compared to almost a grand and above for their other pistols. Sig’s P320 msrp is at $713 so they both are very affordable pistols. My friend recently purchased a P320 and we were able meet at the range yesterday and shoot both and compare the two new offerings from Sig and HK. Both pistols were in 9mm. 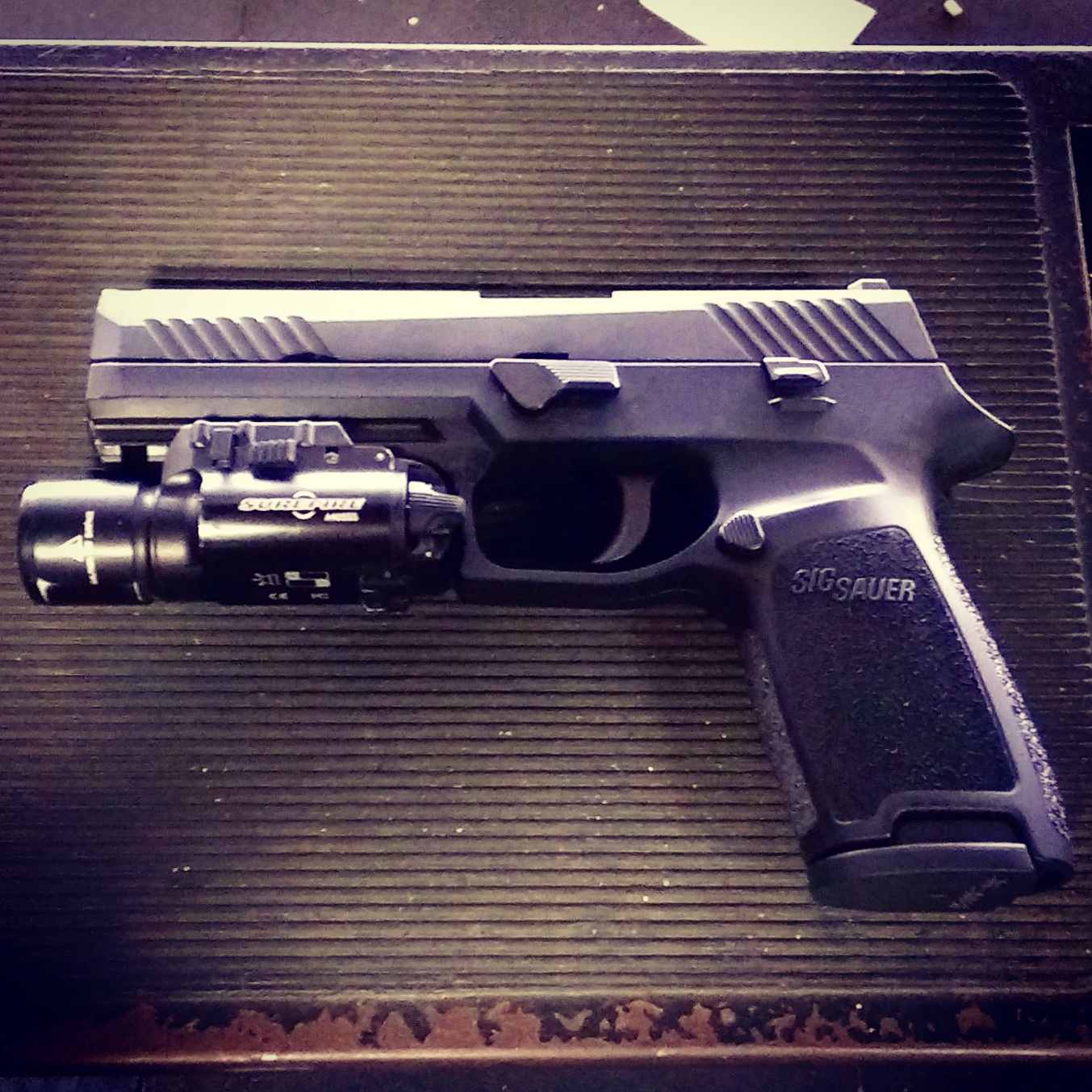 Let’s start with the P320. My friend’s model was the full-size with the Medium grip frame. The barrel length is at 4.7″. The whole trigger mechanism is one piece and could be used in different sized frames, allowing the owner to switch from full size to compact or sub compact and even change calibers. That’s a nice feature, however, you need to purchase all of those parts separately. The Medium sized grip fit comfortably in my hands, which are small. The pistol shot very well with all of my shots inside the black center circle of the target. We shot both pistols at 18 feet. The trigger is very nice, with a clean break at around 5 lbs. The reset is very positive and I like it over the VP9’s. slide stop kept being activated by my thumb and after adjusting my thumb placement a few times, I was unable to allow it to go to slide lock after the last round was fired. I’m sure I can work around that issue if it were my pistol. My friend didn’t have issues with the slide lock. With the longer barrel, the recoil was softer than that on the VP9. Overall it is a great pistol that is accurate and easy to shoot. Aesthetically some say that it is ugly or unattractive and I kind of agree with that opinion, it doesn’t look as nice as the classic Sig Sauer pistols but it is a performer! 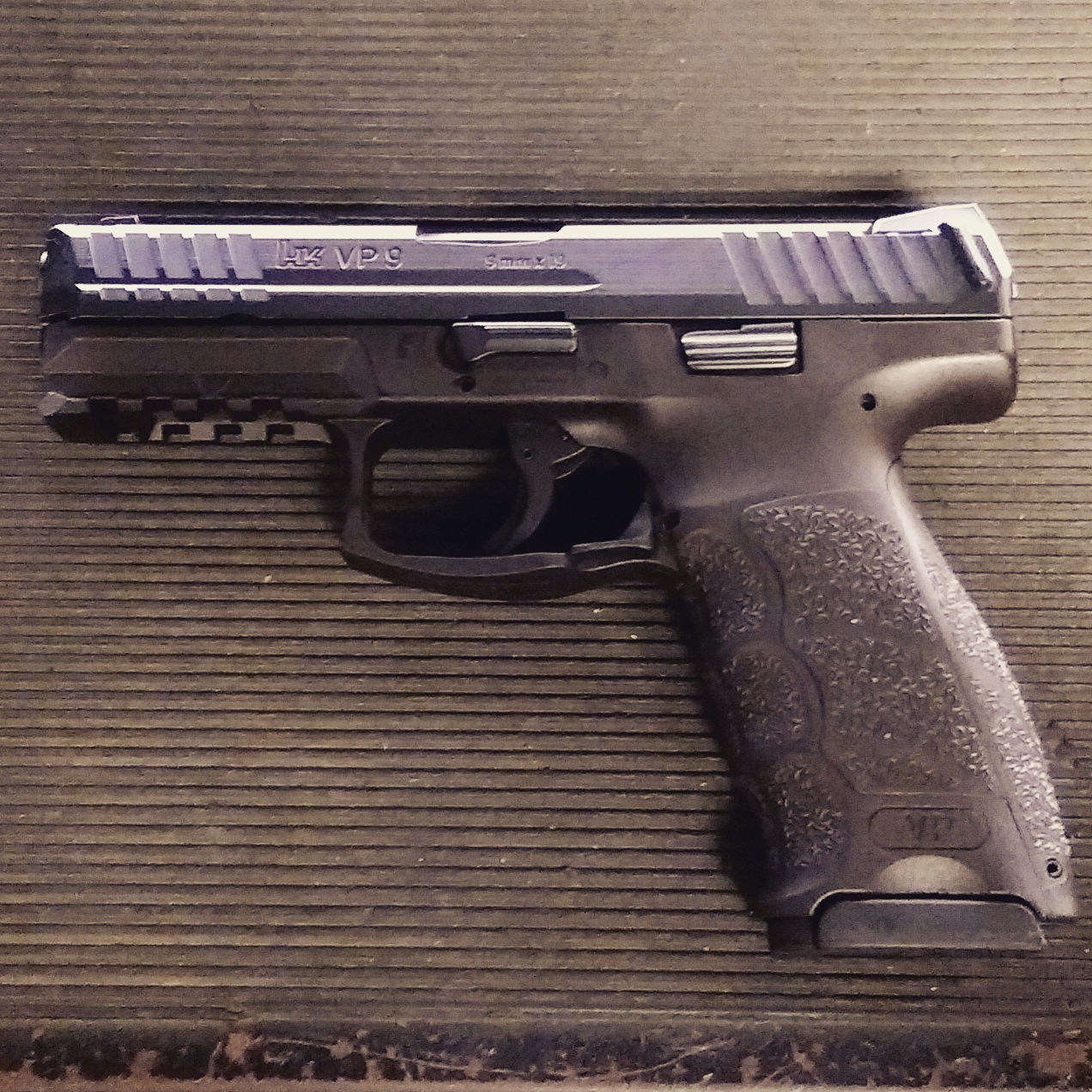 On to the VP9. Ergonomically for me, this is the winner. It comes with interchangeable grip side panels and back straps so you can make it to fit your hand. I put all small panels and back strap on mine. The barrel length is 4.09″, over half an inch shorter than that on the P320. Which gives it a little bit more recoil compared to the P320 but on the other hand, it’s a little bit more compact. The trigger is also very nice and breaks around 5 lbs. The reset however is not as positive as it is on the P320. The slide lock issue is also present for me on the VP9, but I have been able to move my thumb on a spot that doesn’t activate it. It too was accurate, my friend and a civilian who was happening to be observing have never shot it before, shot very well with it and kept almost all but one or two in the black circle. My friend can’t stand the paddle magazine release on the VP9. I myself like it and I use my trigger finger to drop mags without changing my grip to press a button. Aesthetically it looks pretty cool overall with the Spider-Man looking grip panels. 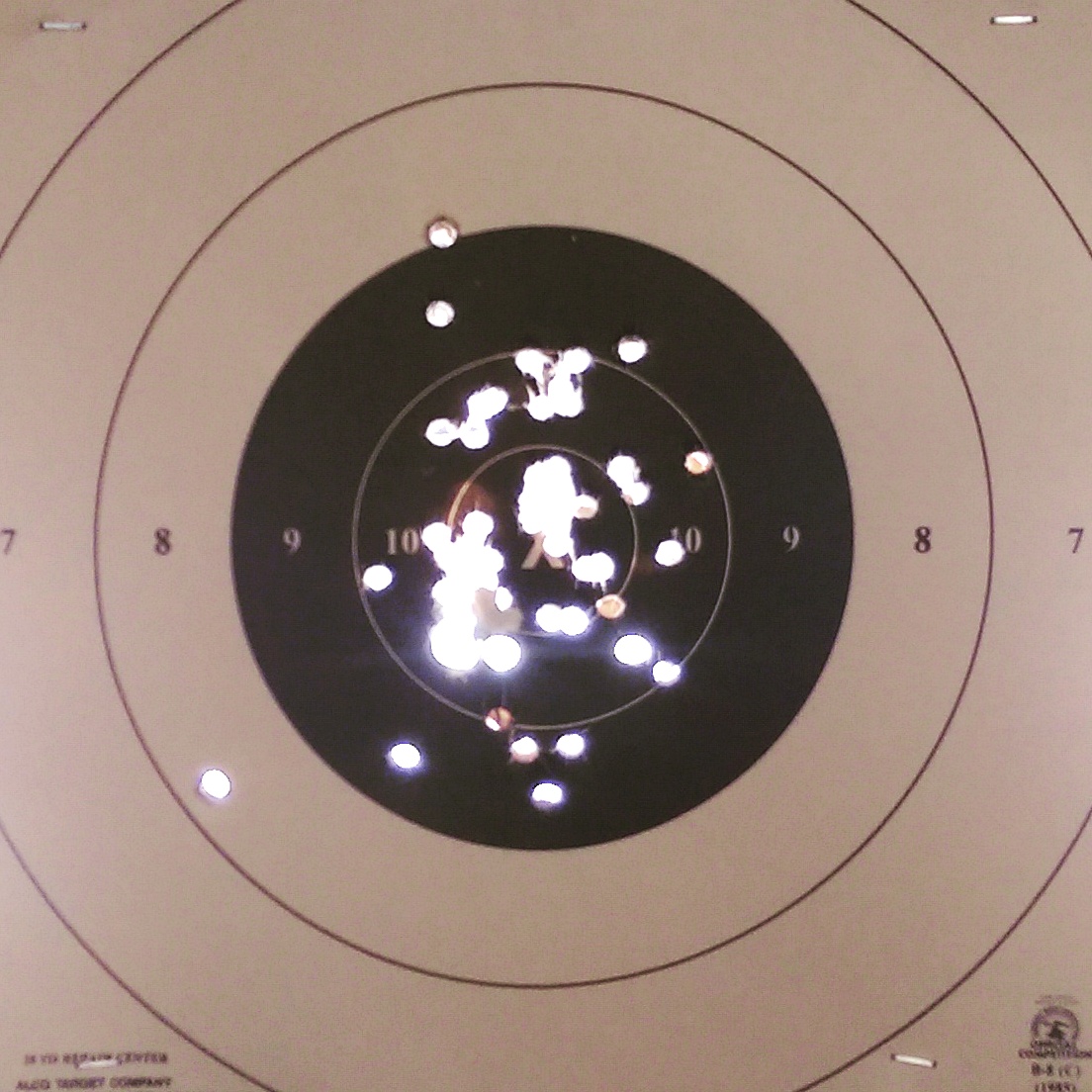 In the end and after firing close to a hundred rounds overall, both pistols proved to be accurate and comfortable to shoot. Ergonomically we both like our own pistols more than the others. My friend likes the grip angle, trigger and button magazine release on his P320 and I like everything on my VP9, I will say that the trigger on the P320 is slightly better due to the very positive reset. I would hate to have to buy an entire frame in order to get the small size instead of just swapping out some panels. The P320 holds 17 rounds in the magazine while the VP9 holds 15. Like I said before, it always comes down to each person’s preferences. It’s not often that you get to do comparisons between guns other than renting them from a shooting range or purchasing both or being a sponsored writer/reviewer (which I’m not) so it was nice to be able to shoot both side by side for a test drive if you will. I hope this helps if you plan on making a purchase of one of these. If you’re living in California and are not a Peace Officer, unfortunately they are not on the list and will only be available through PPT if you can find one.