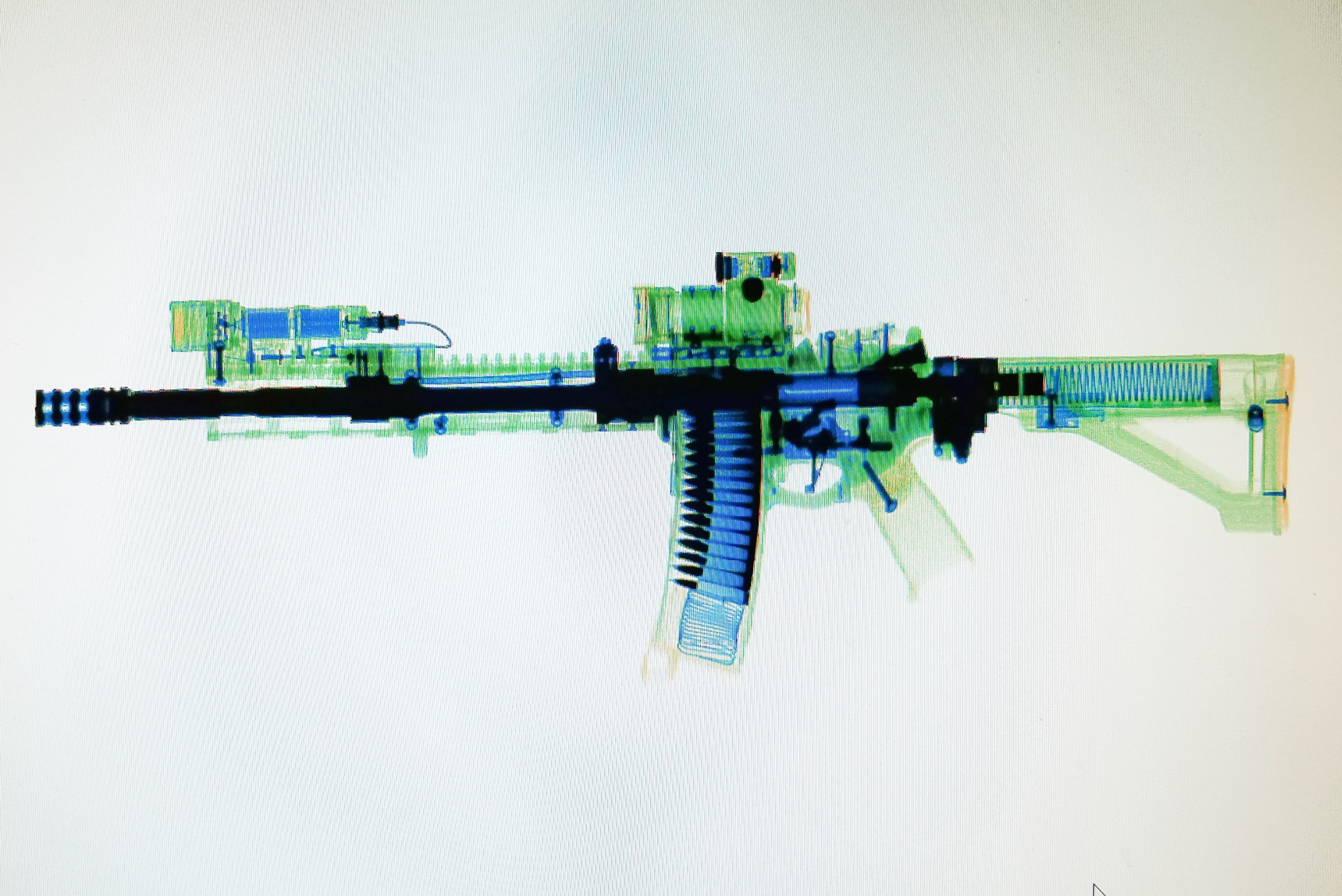 Radical Firearms is a Texas based company that manufactures AR style rifles at an affordable price. They make the majority of every component in house with the exception of very few parts, usually it comes down to the furniture. When people hear affordable in the gun industry, they immediately think that it is junk. Although there is some truth to that way of thinking, it isn’t always true, sometimes you get a quality product at a lower price. This is definitely true with my experience with Primary Arms optics. I have seen some mixed reviews online and I always like to keep an open mind on things as much as I can by waiting to get some personal experience with a certain product.

My good friend and whose opinion I trust, Joe Dawson wrote a review on his sample Blue Line Rifle from Radical Firearms and had no issues whatsoever after shooting 2,000 rounds through it. For that article:

The guys at Radical Firearms asked me over a year ago asked me if I’d be interested in testing out a complete rifle or upper and run it hard.

I replied with the specs I wanted for an upper since it’s much easier without having to go through an FFL. I wanted something lightweight. I requested for a 5.56×45 Upper with a 14.5″ barrel along with their Nada Muzzle Brake pinned and welded and their MLOK rail, oh and FDE if possible.

Not long after, I got a package in mail with my new upper from Radical Firearms. Out the box, it was in a thick plastic bag and luned inside and out. The upper was cerakoted in FDE and felt solid. It looked great on the outside and inside as well with some personalized engraving one the left side of the receiver spelling ‘Radical Firearms’ and etched on the outside and inside of the ejection port cover was @fiftyshadesoffde, a very nice touch. 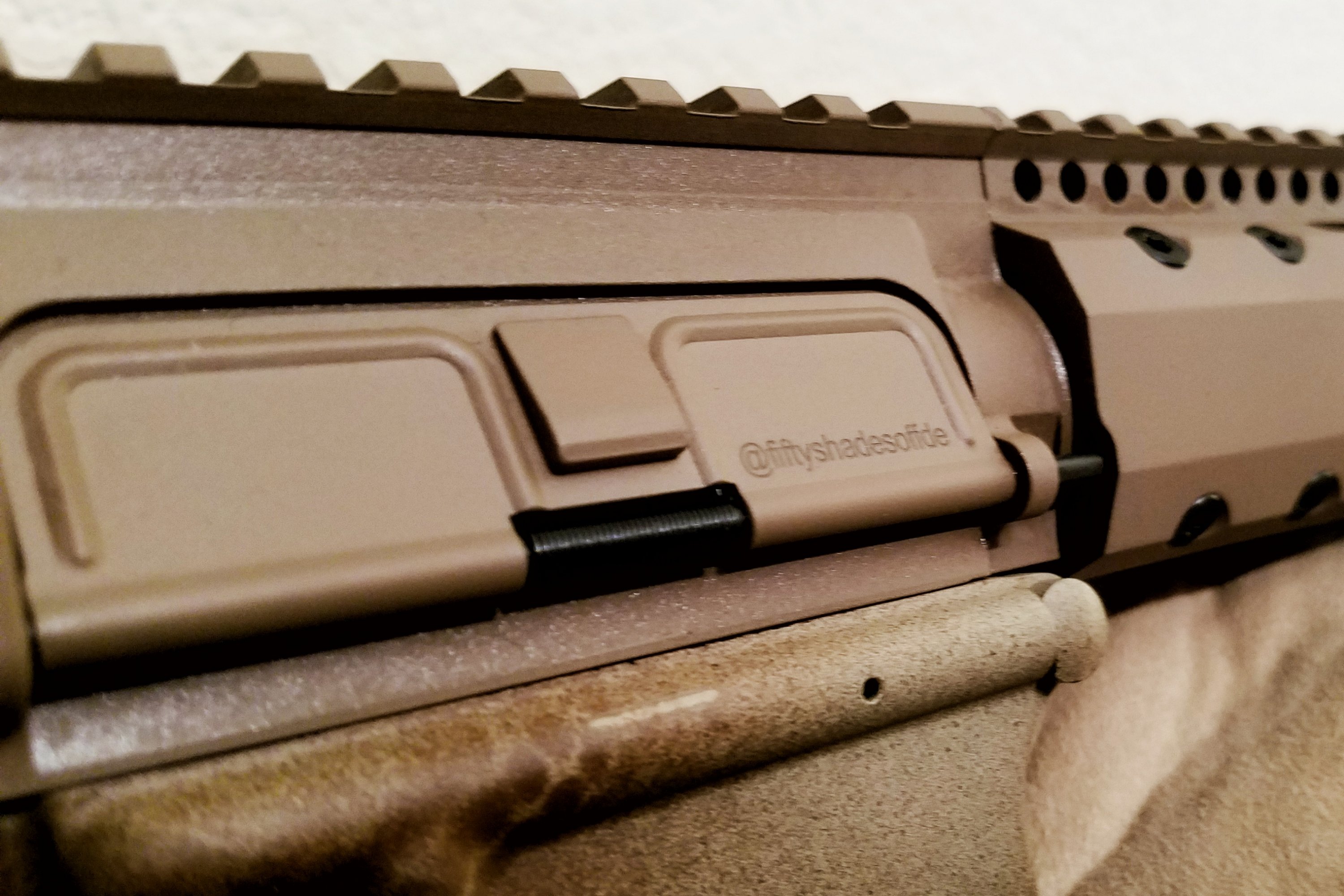 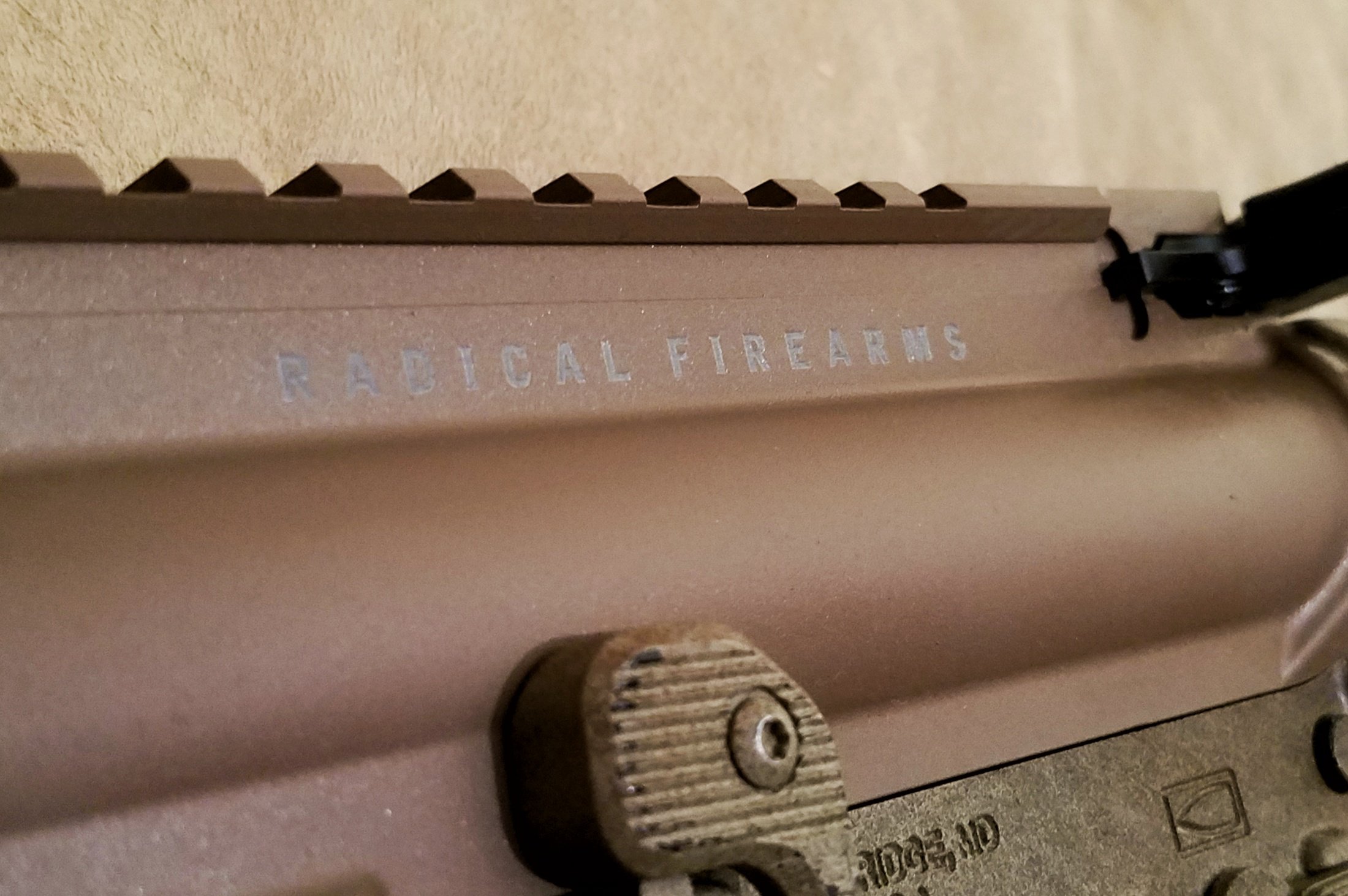 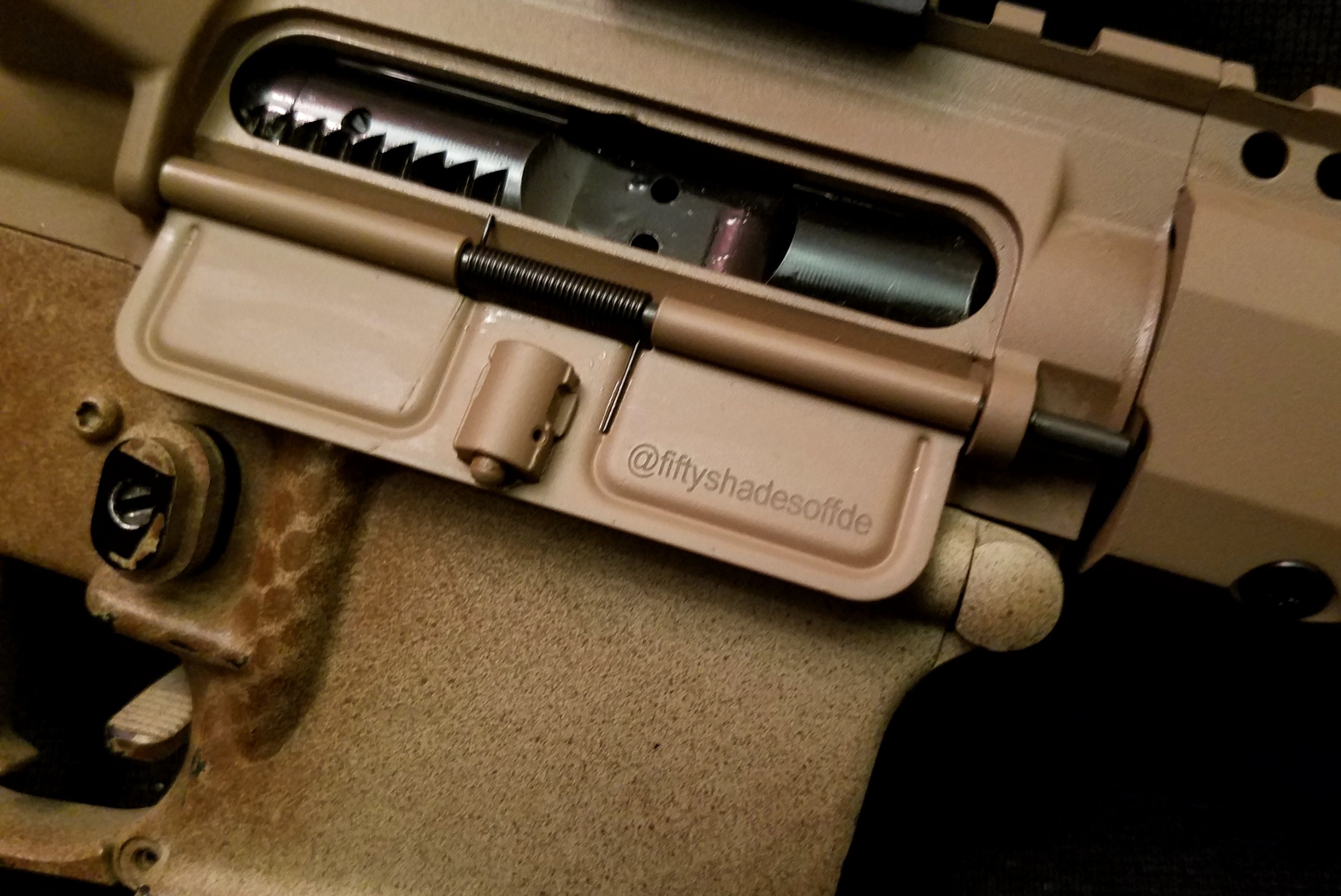 Here are the exact specifications from Radical Firearms of my upper:

This report took some time to get written. My time on the range is very limited as I have many other priorities to take care of in my day to day. I wanted to be thorough and get a significant round count through it before I come up with my honest opinion of the product. 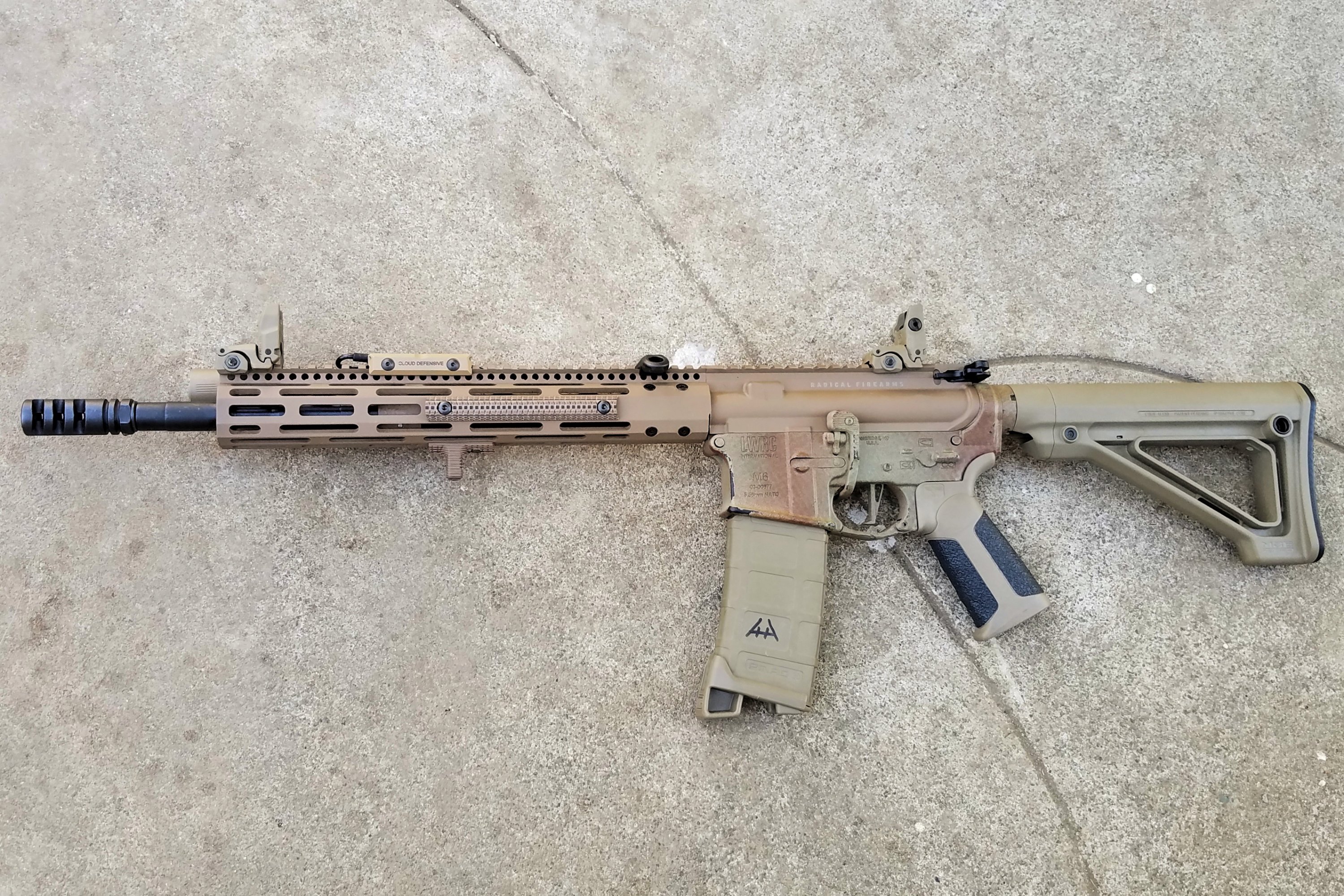 I slapped the upper onto my LWRCI M6A2 lower and I could immediately feel the weight difference having the Radical upper on instead of the original piston one. This one of the many reasons I like the AR platform, versatility and interchangeability of parts. This makes it easy to switch uppers with different setups that have different capabilities.

The only part I swapped out of the upper was the charging handle. I got a Radian Weapons Raptor ambidextrous charging handle in FDE. Other accessories that I added on:

What I wanted out of this upper was to have a light weight carbine for close up work and it certainly fits the bill.

The first shots out were taken. At an indoor range to make sure it goes bang and get a hasty 25 yard zero. It goes boom rather than a bang with the NADA Muzzle Brake at the end of the barrel. It does it’s job of mitigating felt recoil but it isn’t fun to stand close by when it’s firing away. I got off around 200 rounds in that session and I wouldn’t get another chance to shoot it until months later with Dan Brokos of Lead Faucet Tactical at a CQB Carbine course. I just ran a bore snake through the barrel a few times and put it away.

At the LFT course, the upper ran fine until just before the lunch break where I ran into some issues that were due to me not adding any lube since my first range session and an unrelated ammunition problem.

Some excerpts from that article:
“I had two double feeds in my weapon, which was caused by a lack of lube (I hadn’t cleaned her and got her wet since my last range trip). I added a good amount of Lucas gun oil on my BCG — problem solved, lesson learned.”

“Upon my third and last run, I went to do a press check and separated the bullet from the casing. I thought it was a jam so I cleared it and tried to load another round and the bolt wouldn’t close. Dan immediately took my weapon and said something was definitely in the barrel.
Good thing it was now lunch time, giving me time to fix the problem.
Another lesson learned: always have a cleaning rod with you!
I had to borrow one from the next bay from some Federal LEOs on site because I didn’t have on in my gear. It was just a quick hit with the rod (*snicker*) and the 55-grain bullet came on out. It was a first for me and reloaded ammo was most likely to be at fault. That was the last malfunction I had to address.”

To read that full report: https://www.breachbangclear.com/brain-dump-lead-faucet-tactical-cqb-carbine-course/ 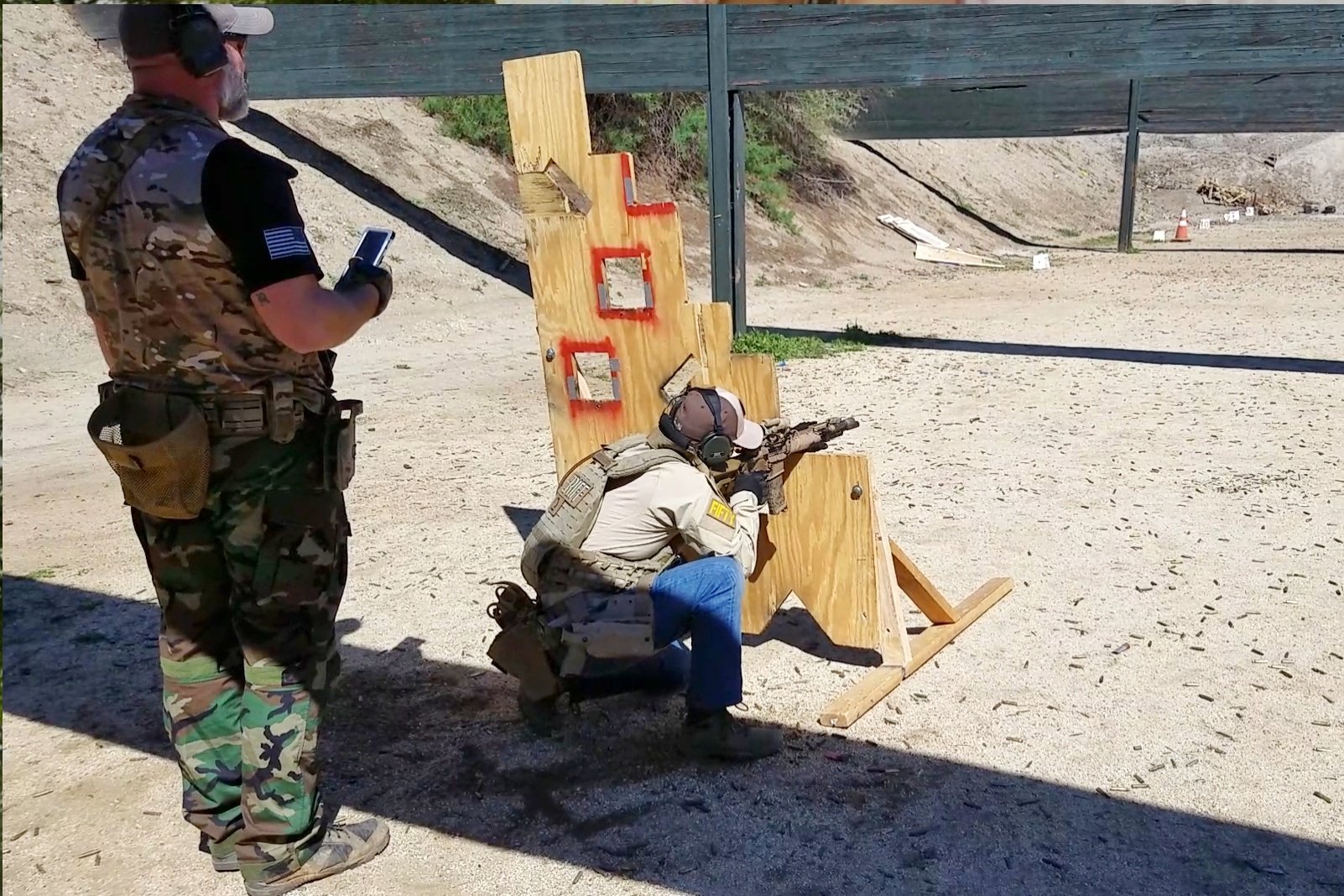 Those were the only problems I ran into and neither were the result of the fit and function of the upper. I cleaned it a bit more thoroughly and put plenty of Lucas Gun Oil around the high friction parts.

The next range day with the upper would be another few months later and was uneventful. Another 100-200 rounds were fired without any hiccups. 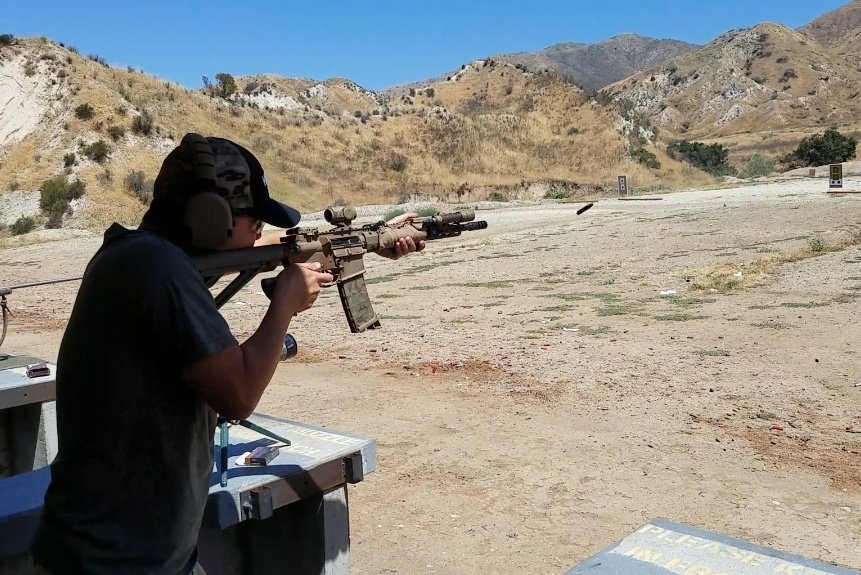 As long as the upper has some lube applied, it’ll run. I understand that this report and most of my opinions are based on a sample size of one and that this upper was made specifically for me and to my specifications, this upper worked well for me and proved to be a high quality product that is reliable and accurate.

I will leave it as my primary carbine and will continue to run it. Radical Firearms did an excellent job with this upper.

For more information on Radical Firearms and their products, please check out: