There are more accessories available for the FN SCAR platform out today than ever. Thanks to many different companies including Kinetic Development Group. KDG makes the MREX rail for SCARs and now ARs, the ACR stock assembly for SCARs, and many other cool gadgets that are all well thought out, designed and manufactured. All made in the US of A. AXTS is well known for their Raptor AR charging handles and Talon Safety Selectors for the AR platform. Now the two companies collaborated to come up with a Talon selector for the SCAR platforms.
I had a minor role and got involved with the KDG/AXTS Talon SCAR selector by being in the right place at the right time. Owning a SCAR helped out. David Reeder from Recoil Magazine contacted me through a mutual friend and asked if Recoil could borrow my SCAR 17s for a quick photo shoot. Of course I said yes!
After sitting in traffic for a ridiculous amount time for the few miles I needed to travel (something that David got to experience in his time in SoCal) I met with the guys at Recoil headquarters. They’re all down to earth and extremely friendly, they even gave me some frozen Caribou that Iain Harrison had shot months before for an article on hunting. They took my SCAR and returned it a few days later with the SCAR Talon selector installed and a bunch of Recoil magazines and shooting targets. The set I got had the regular sized selector on the left side and a short sized selector on the right. Both had the black finish.
Immediately I started to function test it and found it extremely easy to manipulate with my thumb and best of all, my trigger finger. In my experience with the different selectors I’ve had on my SCAR, these are hands down the best. I didn’t really care for the stock selectors so I replaced those with Parker Mountain Machine metal selectors which were an improvement and well made. I have small and short fingers so I still found it a bit difficult to use my trigger finger to manipulate the selector on that side. Unlike the stock and the PMM selectors, which just replace the switches, the Talon Selector replaces the entire drum and holds the switches via detent springs. This makes it easy to switch out without any allen wrenches or tools. Another feature is that they can go 90° like a standard AR for those who prefer it that way. I kept mine at 45°. 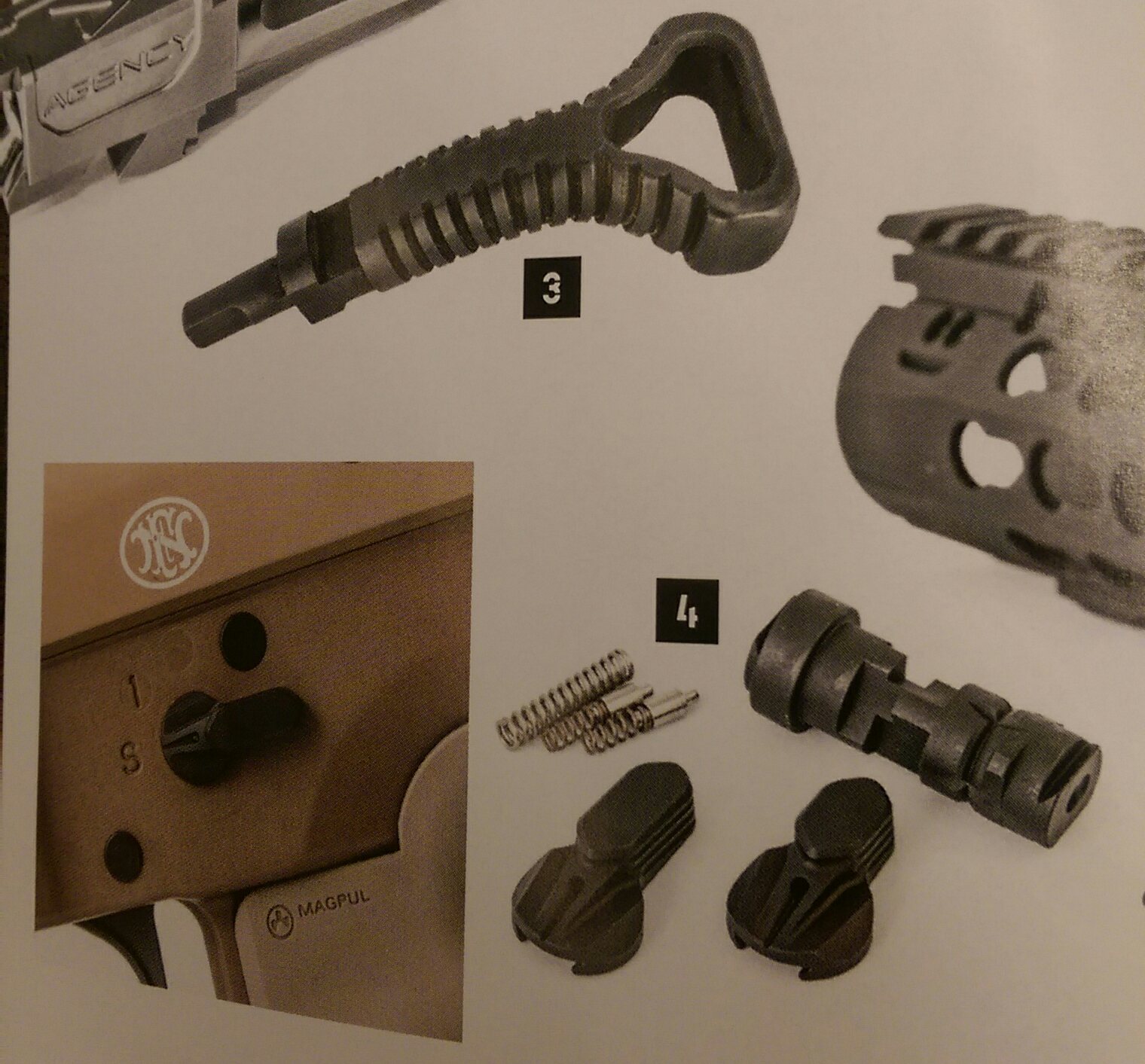 There’s my SCAR in the latest issue of Recoil Magazine!

A few weeks later I got in some range time and shot my SCAR with the new Talons, manipulating them with every possible way and it was easily done. Here’s a video of my range testing: https://youtu.be/mmQzEckeLpw
In my opinion, the KDG/AXTS SCAR Talon selectors are the best aftermarket selectors available for this platform and will work on both 16’s and 17’s. I now want a set for my M6A2! They come in FDE or Black and should be available at www.kineticdg.com for $79-$89. I don’t know when they’ll be in stock but I believe it’ll be soon.