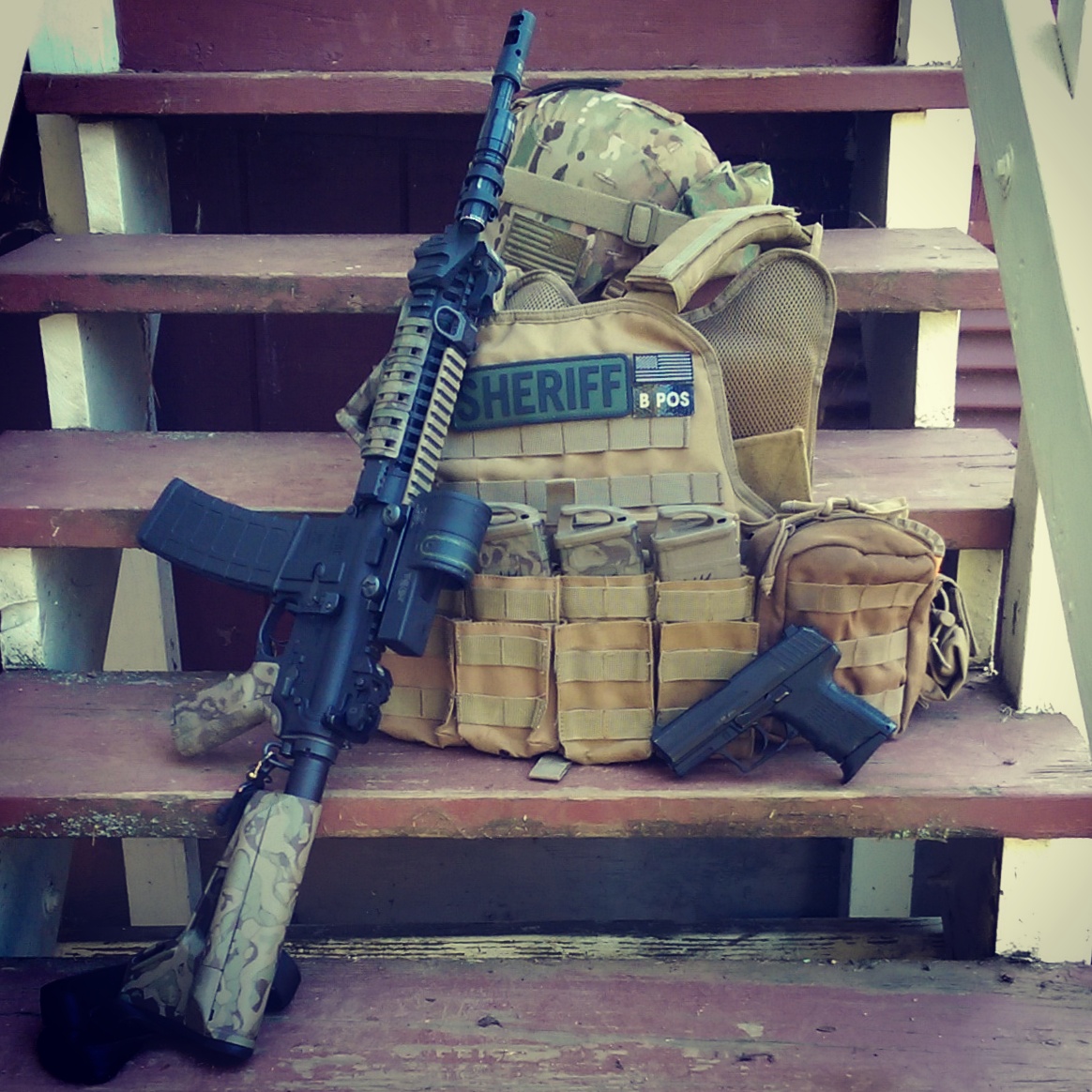 Before I got into the profession of Law Enforcement, even as an Explorer, I thought that all LEO’s were experts with their pistols and knew all there was to know about firearms.
Now that I’ve been on for nearly a decade, what I thought as a teenager was far from reality. The fact is, the majority of LEO’s only have one weapon in their possession: their issued duty weapon. Most are very proficient with it after carrying it everyday. What I quickly learned early on in my career was that the large majority of my partners were not gun people like myself. You don’t need to be to do this job, it’s only one aspect of the job, albeit an important one. LEO’s come from different walks of life and have different interests and hobbies. Are there LEO’s that are firearms experts and enthusiasts? Yes, however that is a very small percentage.
I knew early on in my life what I wanted to do for my career. I was also a firearms enthusiast then and now. My interest in firearms grew as I was getting ready to join the ranks because I knew I’d be carrying one on my hip everyday and that’d proficiency with it would be critical in my survival and that of others. To me, firearms proficiency was one of the most important skills that I needed to have and it still is. I cannot say that my partners have my same set of priorities.
Firearms experts? That’s even more rare to find among LEO’s. I don’t expect everyone to be experts in this field. I spend a lot of my downtime reading about the latest technology and tactics involving firearms. It’s time consuming but I’m personally interested in this field of knowledge so for me, it’s time well spent.
There is nothing wrong with LEO’s who are not gun people. They all signed up to do a job and they do it well. They all have to qualify monthly or quarterly. They’re great officers and know how to operate their duty weapon well enough to take care of most threats. They work with their issued gear and equipment and it works just fine.
I however don’t want to just meet the minimal qualifications, I want to make myself better and prepared for the absolute worst case scenario. This way, I can easily handle any scenario knowing what I’d do without having to think about it when it’s too late.
I wouldn’t call myself an weapons expert. I would say that I’m very knowledgeable on many different weapons systems. It is important to me to have this knowledge about different weapons systems because if my weapon malfunctions or is out of ammunition, I will be able to pick up any weapon and know how to use it. I also know the capabilities of these weapons so if I come facing one, I know how to react to each of them because what you think is cover may not be the case depending on what kind of round is coming at you.
Since most LEO’s aren’t gun people, a lot of them don’t really care about the Second Amendment. A lot of them believe that only they as in LEO’s should have guns. Their beliefs come from the lack of knowledge of firearms and tactics. Please know that I’m not talking about ALL LEO’s, I’m just talking about a percentage. This is why you see a lot of Police Chiefs and Sheriffs stand for more gun control.
The reality is that Police Officers and Deputy Sheriff’s are not and can not be everywhere. They have a response time and they are now stretched thinner than ever due to budget cuts and nowadays lack of staff due to recruiting numbers at an all-time low. Everyone is truly their own first responder when Their lives are threatened that exact moment. Most people are not able to defend themselves and that’s why we have Peace Officers. For those who are able and choose to defend themselves, who is anyone to tell that person how and when they can defend themselves?
Forget the Second Amendment for a minute, every human life is precious and every human being has the natural right to live and defend that life period.
I respect those who choose to defend themselves that are law abiding and I will always be there to defend those who aren’t able to. I don’t see citizens with CCW’s a threat to my safety, I respect the fact that they made a decision to carry a firearm for their safety and went through all of the paperwork to get that permit.
Firearms are an important tool in Law Enforcement, it is rarely used, but it is the best tool available today that can deal with certain deadly force scenarios.
As always stay safe!