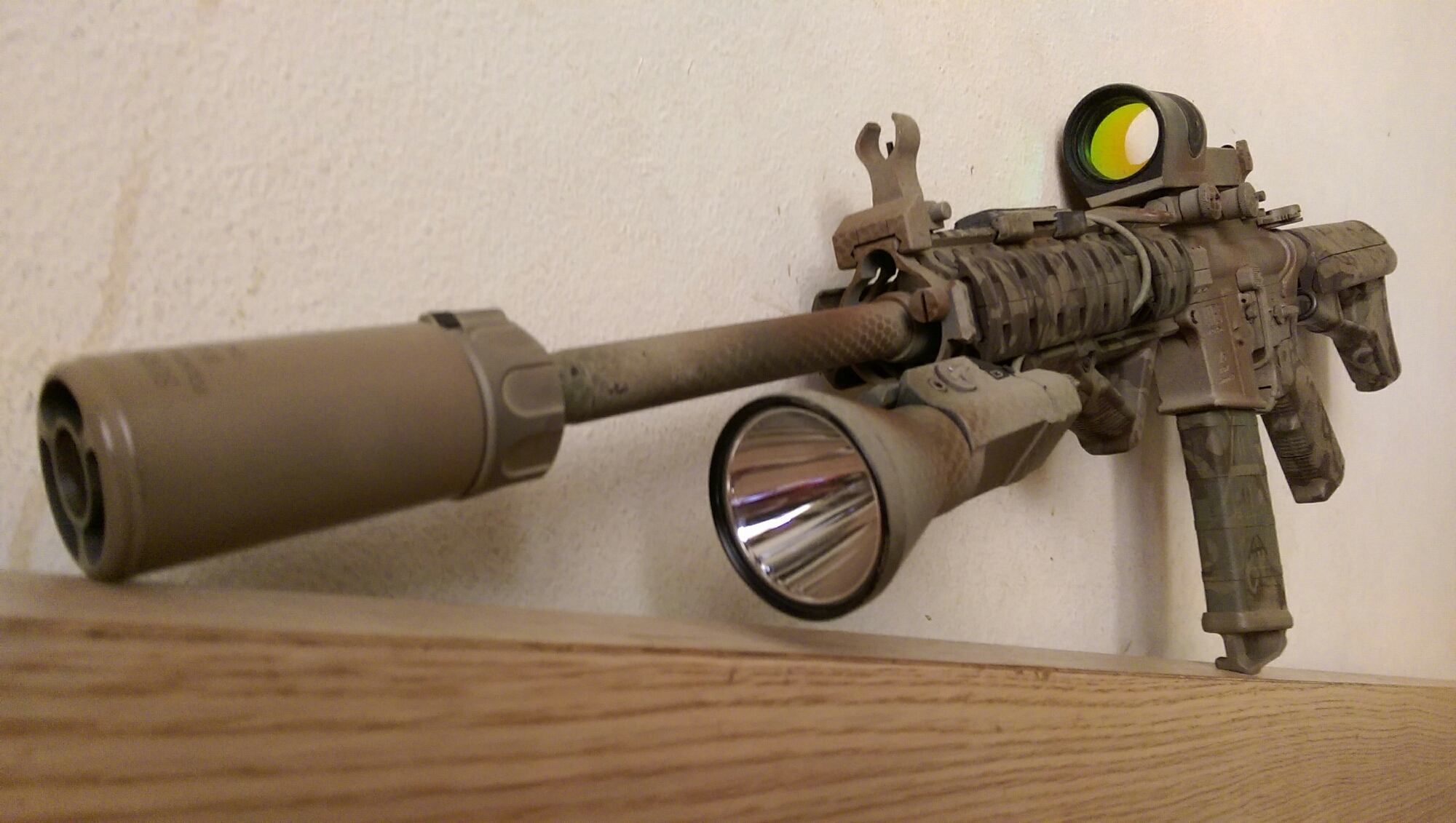 Trijicon has an excellent reputation in optics for all sorts of weapons systems. They’re known to be rugged and reliable. 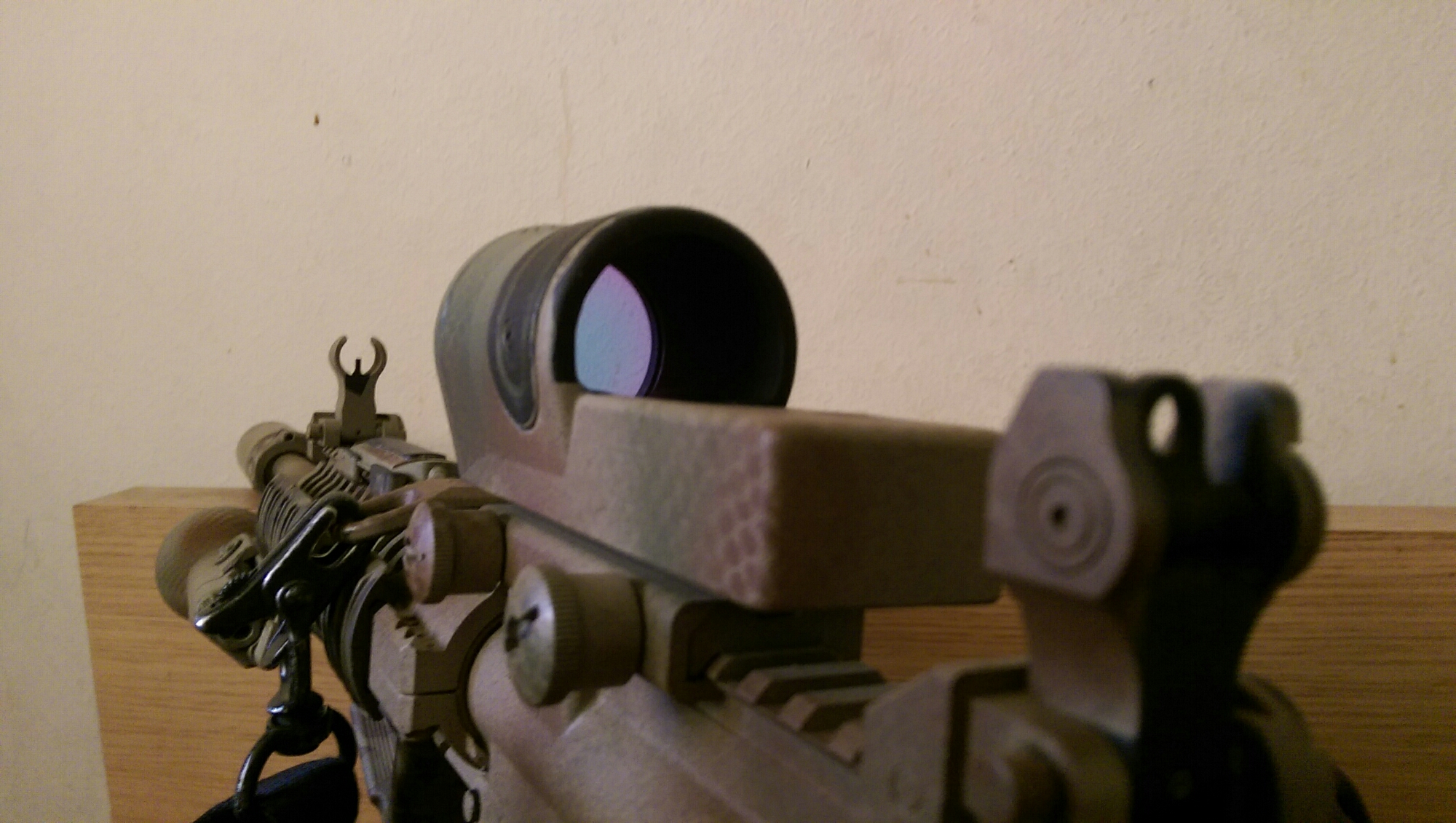 The RX30 is a 1×42 6.5 MOA amber dot optic. It has been and still is the optic on my LWRC M6A2 5.56 rifle.
I remember why I choose to get the RX30 over an aimpoint when I was at the store many years ago. The first factor was cost. Back then the Aimpoint PRO didn’t exist. I didn’t have the budget for an Aimpoint plus a mount. I then picked up the RX30. It had a lot of features that I liked off the bat: it was more affordable and it came with a mount; it had a good field of view with a dot that was easy to find. The best feature I thought at the time was that it didn’t require any batteries, it uses tritium for low/no light environments and fiber optics to gather ambient lighting conditions to automatically self adjust it’s brightness. So I was sold and I still run with it on my rifle to this day.
All of the features sound great on paper, but in actual use over the years, I found some drawbacks with it as a system. None of it makes it a bad optic, it works well and holds zero. In almost everything you use, you will have to train with it and see how it works with you or how you can work around it. The RX30 is no different. 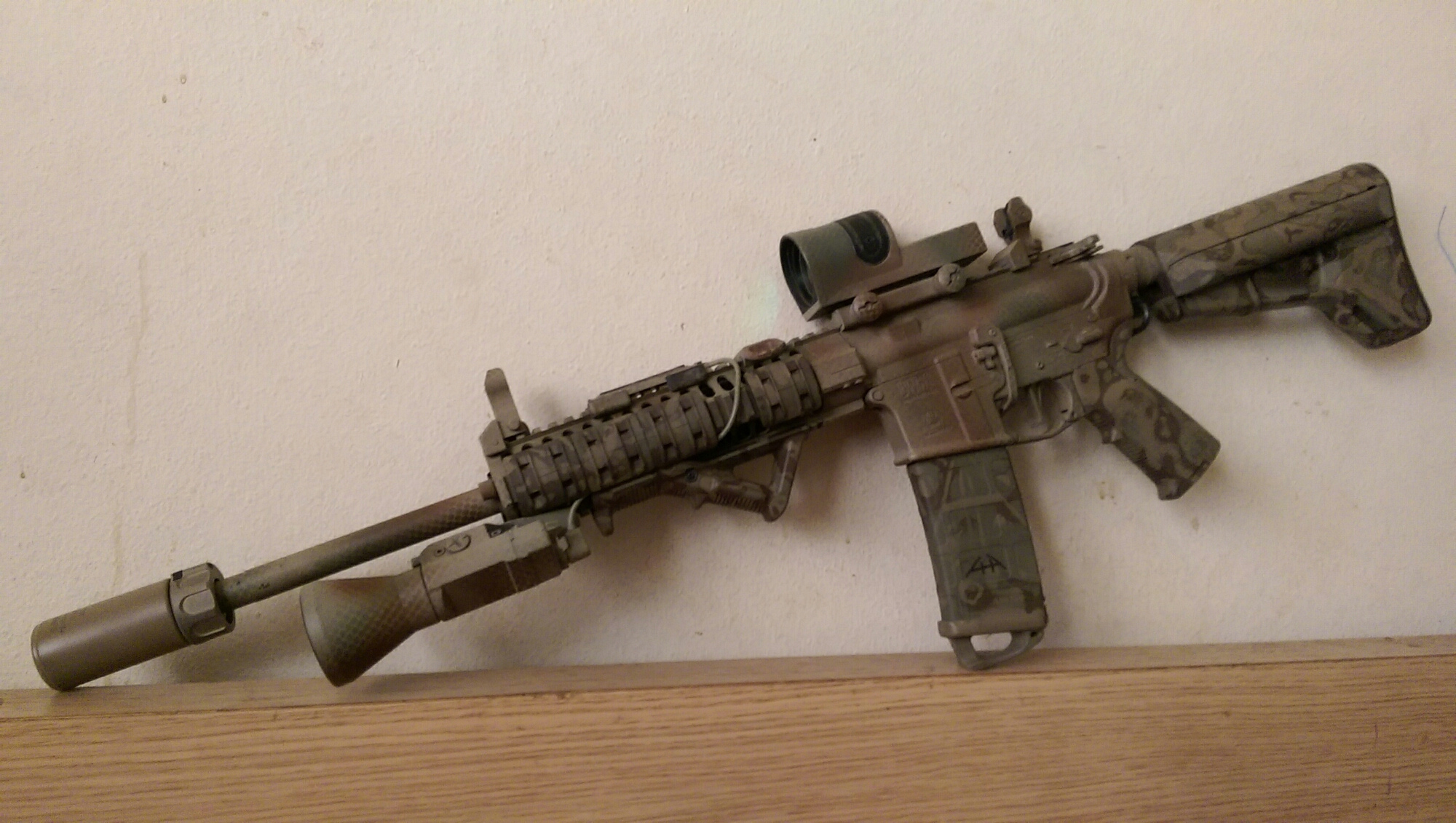 Let’s go over it’s drawbacks. First would be it’s 6.5 MOA dot. It’s perfect for quick acquisition and for close up shooting. I found that the dot size would obscure targets that were further away beyond a hundred yards. I’m confident that I can still send accurate shots further than 100-200 yards but to be honest, a smaller dot would work better with more precision. 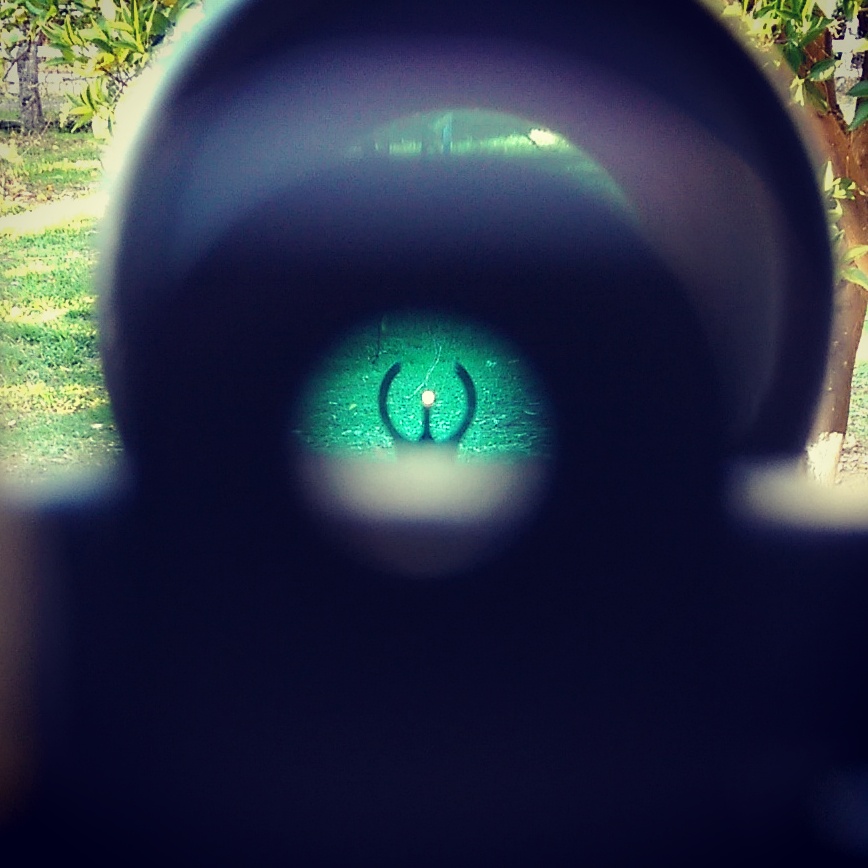 The biggest drawback I found was the dot washing out. In certain conditions, the amber dot is not bright enough and therefore is washed out. There are two main conditions: the first is having the target area being brighter than where the shooter is. This happens if you’re under some shade or inside a building or structure while your target is under full day light. The second is in low/no light conditions when the dot is only illuminated by it’s tritium power source. When you use your weapon light, the dot will disappear; especially if you’re in your home.
It sounds like a big deal, but it isn’t. My work around is having my BUIS up at all times just in case the dot washes out.
Overall I’m satisfied with my RX30. It has been proven to be rugged and has held it’s zero ever since I zeroed it in years ago. I’m pretty rough with my weapons, I don’t abuse them but I don’t baby them or would care if they got dinged up. Remember that they are tools and not artifacts in a museum. This optic is a good combat optic and serves my needs well. I can quickly engage targets out to a few hundred yards. I don’t expect to engage targets further out with this weapon system, but I still could still fire rounds further if I had to with less accuracy. 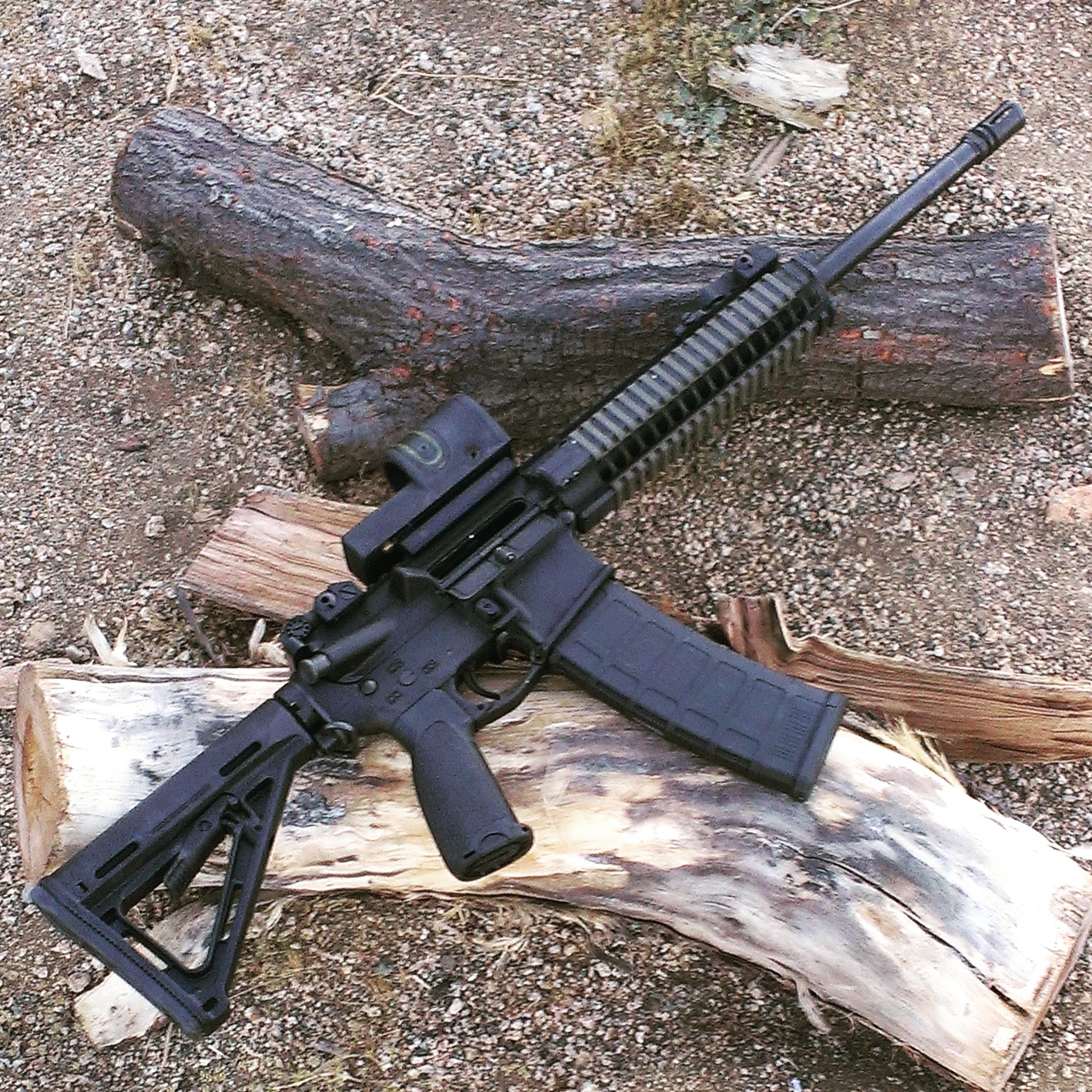 With the different advancements in technology over the years, there are many different options available today that I would probably get instead of the RX30. The two that come to mind are the Aimpoint PRO, which comes with a mount and battery life of 3 years on a certain setting; and the Trijicon MRO that also comes with a mount and has an advertised battery life of 5 years. Both also have a 2 MOA dot. I have picked both of them up but have not shot with either so that’s the extent of my knowledge with those optics. 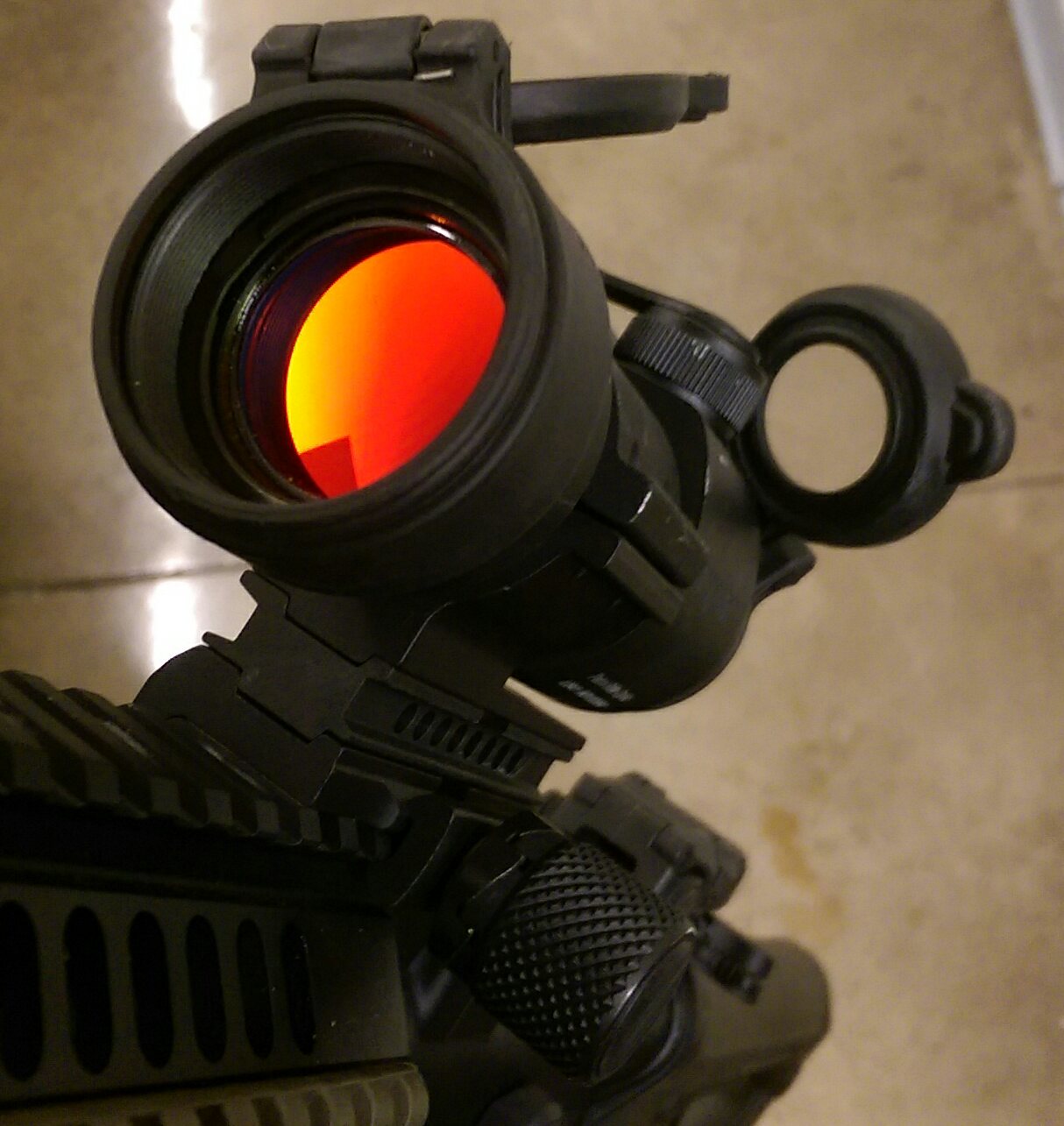 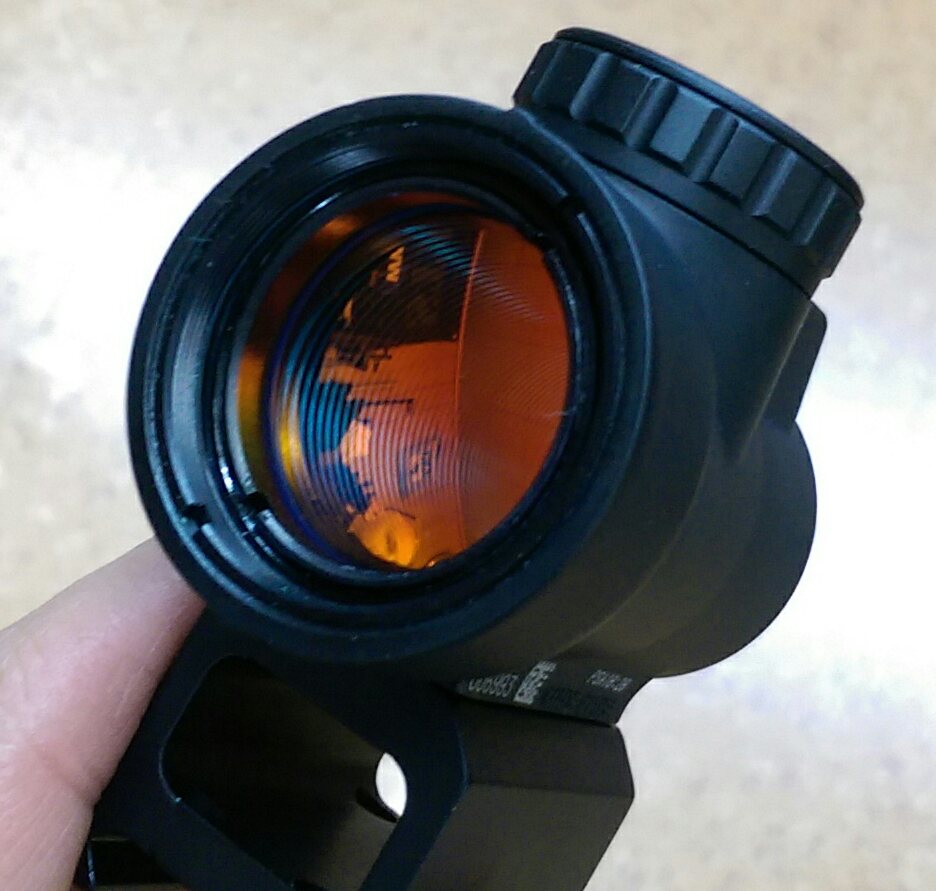