The Safariland Group brand needs no introduction of you’re a LEO or service member. Their motto is “Innovation not imitation.” From my own experience with their products, that is a true statement.
They are mostly known for their duty holsters, however they make all sorts of duty and tactical gear. Whatever you can think of, they probably make it: Sam Brownes, web gear, soft body armor, hard armor plates, ballistic helmets, electronic hearing protection and many other products that help keep those that go into harm’s way safer.
Every single duty holster that I have ever gone 10-8 with was made by Safariland, whether it was issued or bought myself. In my opinion, with my experience with many different holsters, nothing comes close to the quality that comes from Safariland. I trust no other Iof holster to secure my duty weapon. I was familiar with holsters since I was 16, back then I was an Explorer and we were trained by our advisors utilizing web gear and red guns. Most of the equipment was surplus or donated. We weren’t worried about retention so most of the holsters were simple Uncle Mike’s snap holsters. There usually never enough equipment to go around so we had to share. We would be trained on scenarios that would involve car stops, felony car stops, search warrant service, active shooter and too many to list. They were meant to show us first hand what the job was all about and to prepare some of us for competitions. I was very motivated and earned my place to represent my post in many competitions. Since I was serious about competing and more importantly about making it my career, I knew I needed my own equipment. I bought my own web gear, red gun and holster. It was a Safariland snap holster, basket weave for a Sig Sauer P226, which I had a red gun of.
Fast forward to 2008, I was being issued my equipment for the academy. I would be one of the very first classes to be issued the Glock 22 along with the Safariland level 3 retention holster. My department was going away from the Smith & Wesson model 99, which were horrible according to everyone who carried one. I did my research before attending the academy so I expected the level 3 holster. When my classmates and I donned our Sam Brownes with our new holsters attached, the armorer instructed all of us to holster and snap down. Then he told us to draw, only a handful of us were able to get our weapons out while the rest were struggling to figure out why their weapon was stuck. They weren’t expecting the ALS or Auto Locking System.
A quick explanation into retention systems and levels:
Level 1: Friction from the holster holds the weapon in. It can be adjusted by the user.
Level 2: SLS system (Self Locking System) this refers to the rotating hood that cover the end of the weapon. It replaces the snap on the older holsters. Once pushed forward, it’s out of the way until reactivated. It’s designed to help the user obtain a perfect master grip while drawing. 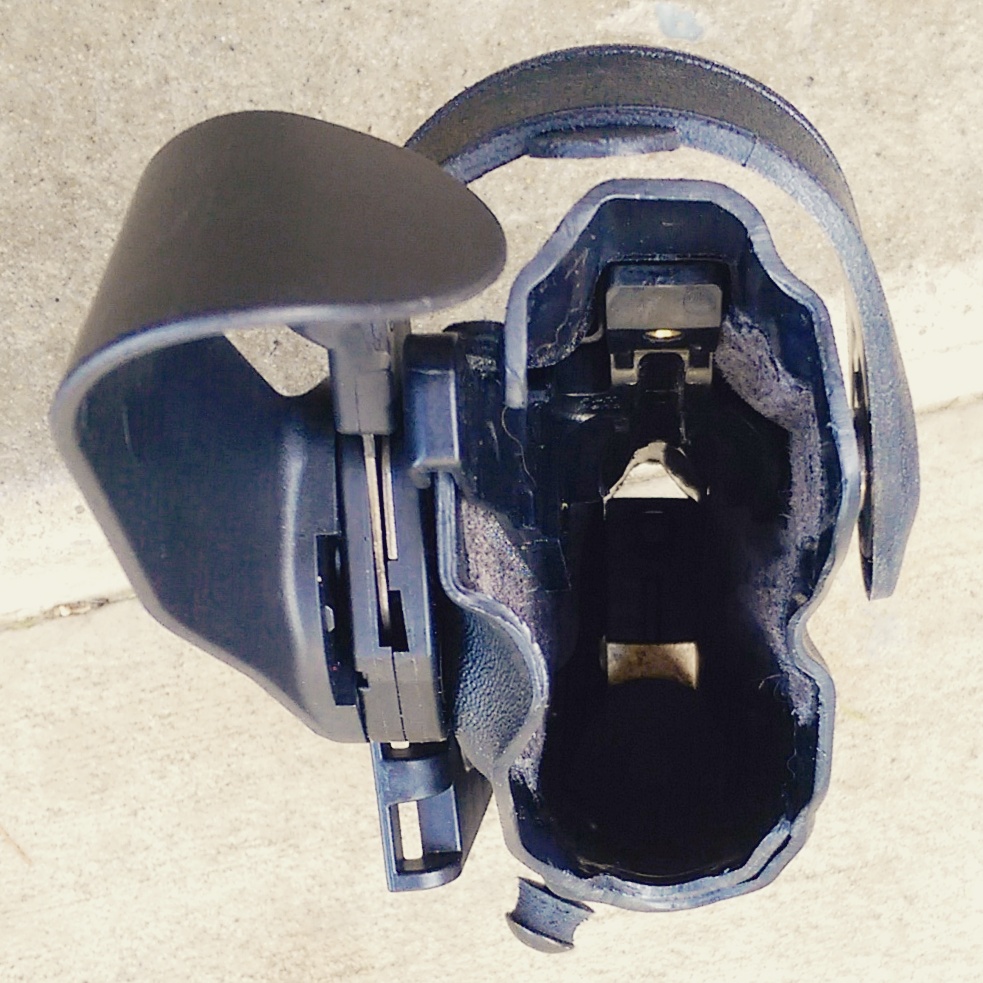 Level 3: ALS (Auto Locking System) this locks the weapon in place by locking into the ejection port of the weapon. A small tab has to be pushed down with the thumb to deactivate it once the hood is cleared. It’s automatically locks the weapon upon being holstered. Even with the hood being forward.
Level 4: Sentry system. This optional attachment could be added to a level 2 or 3 holster, raising it up a level. It locks the SLS hood in place and is deactivated with the thumb.
A lot of officers complain about having too much retention and that it’s more important to get your weapon out when you need it than to have secure from a gun grab. That may be true, but if you train with your setup enough, you will be able to draw you weapon just as fast with a level 3 as you would with a level 2. I know so because I’ve used both.
I started carrying a Weapon Mounted Light in 2009. Back then Safariland only had level 2 holsters for weapons that had lights attached. They were not able to secure the weapon without the light attached. It is the current holster that I have on as I am writing this.
Safariland lives up to its motto, they a definitely innovators because they took care of that issue with the WML’s. 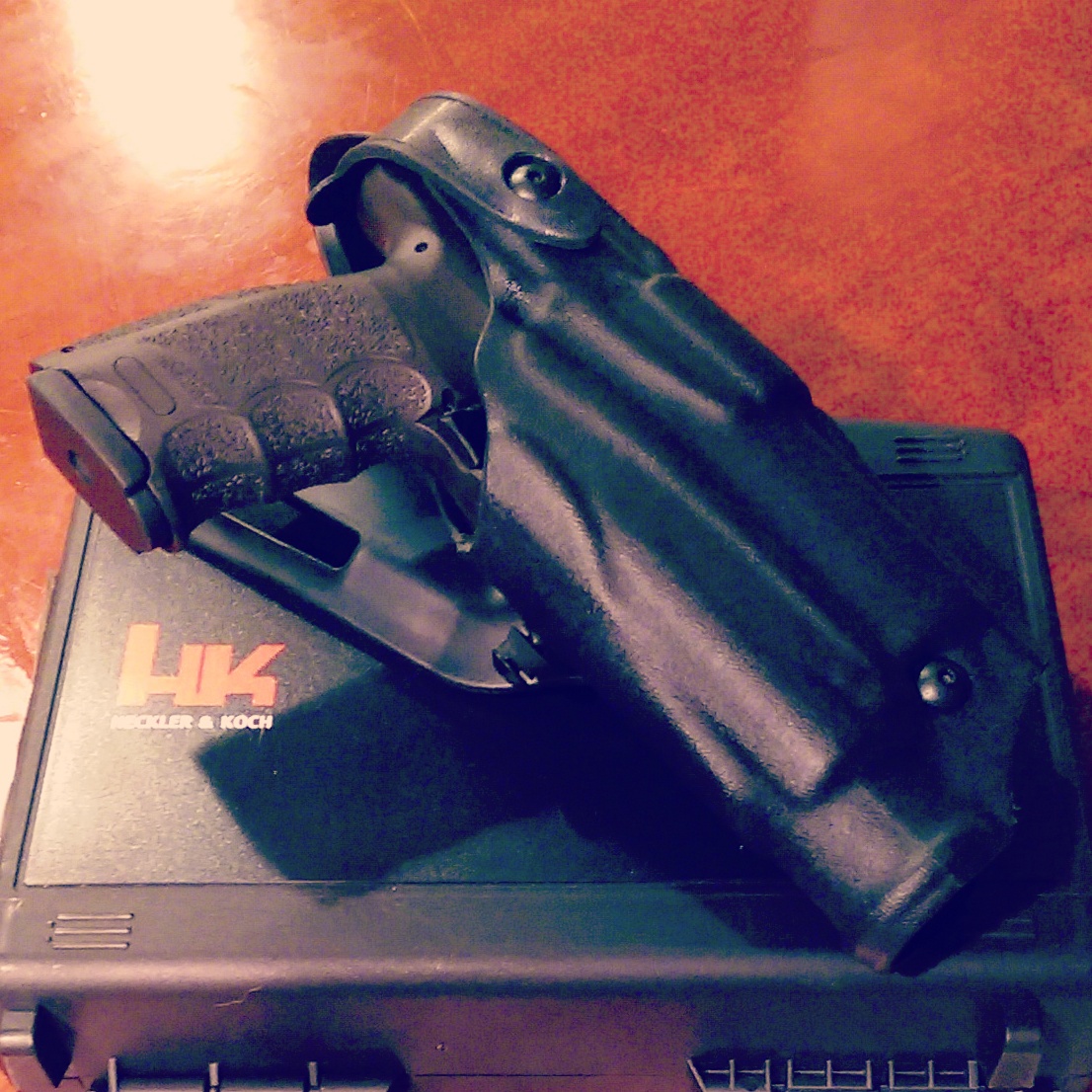 I recently special ordered a newly designed level 3 holster for my HK VP9 + Surefire X300U. I have been practicing with it since I got it and I am impressed! It has the ALS system in place along with a barrel plug, allowing the weapon to be secured with or without the light.
Hopefully sometime tomorrow, I’ll have the VP9 as a my duty weapon for foreseeable future.
The VP9 became available late 2014. Safariland was quick to make holsters for it soon after. I was waiting for them to make one to accommodate the X300U. I’ve sent them emails and they were working as fast as they could to make sure that it was done right and they came through.
I would estimate that at least 90% or more of all duty holsters that are on duty belts or on drop legs are made by Safariland and for a good reason: they’re simply the best in the business. 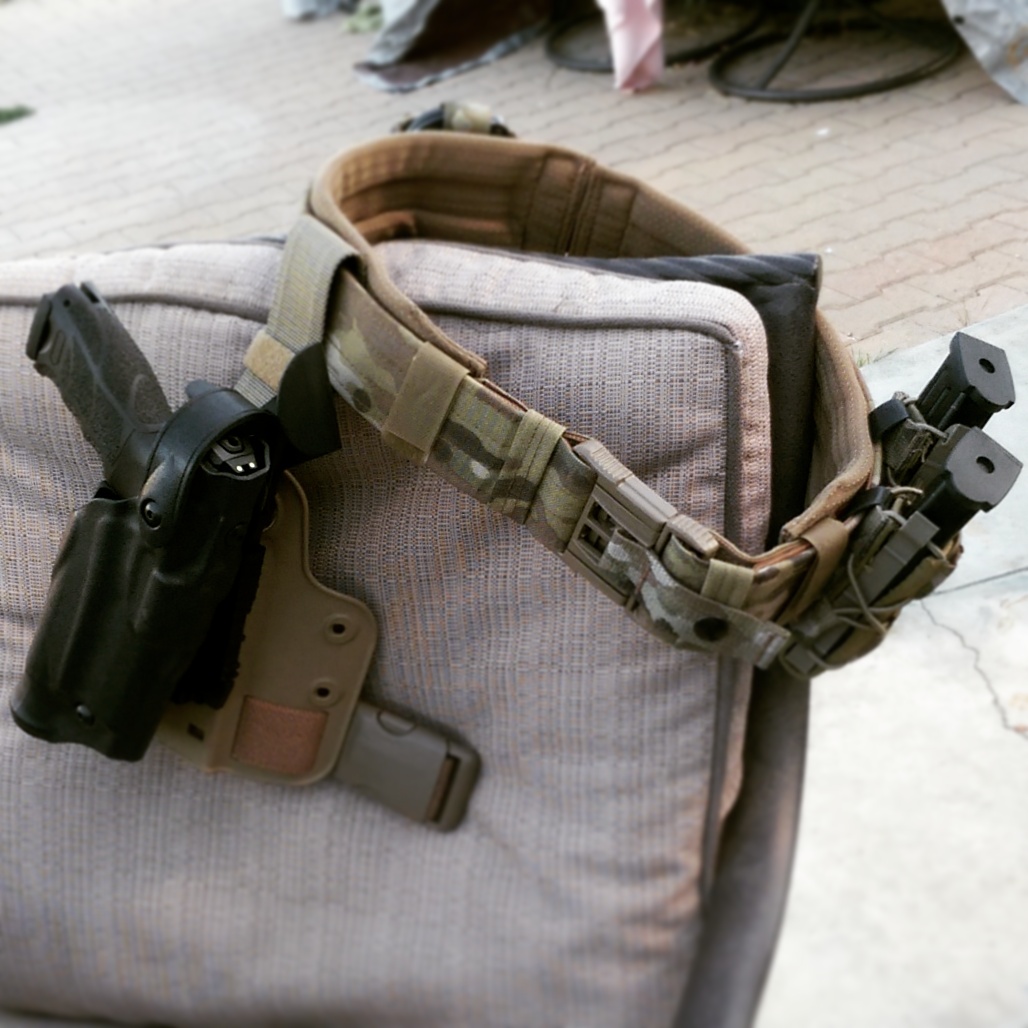