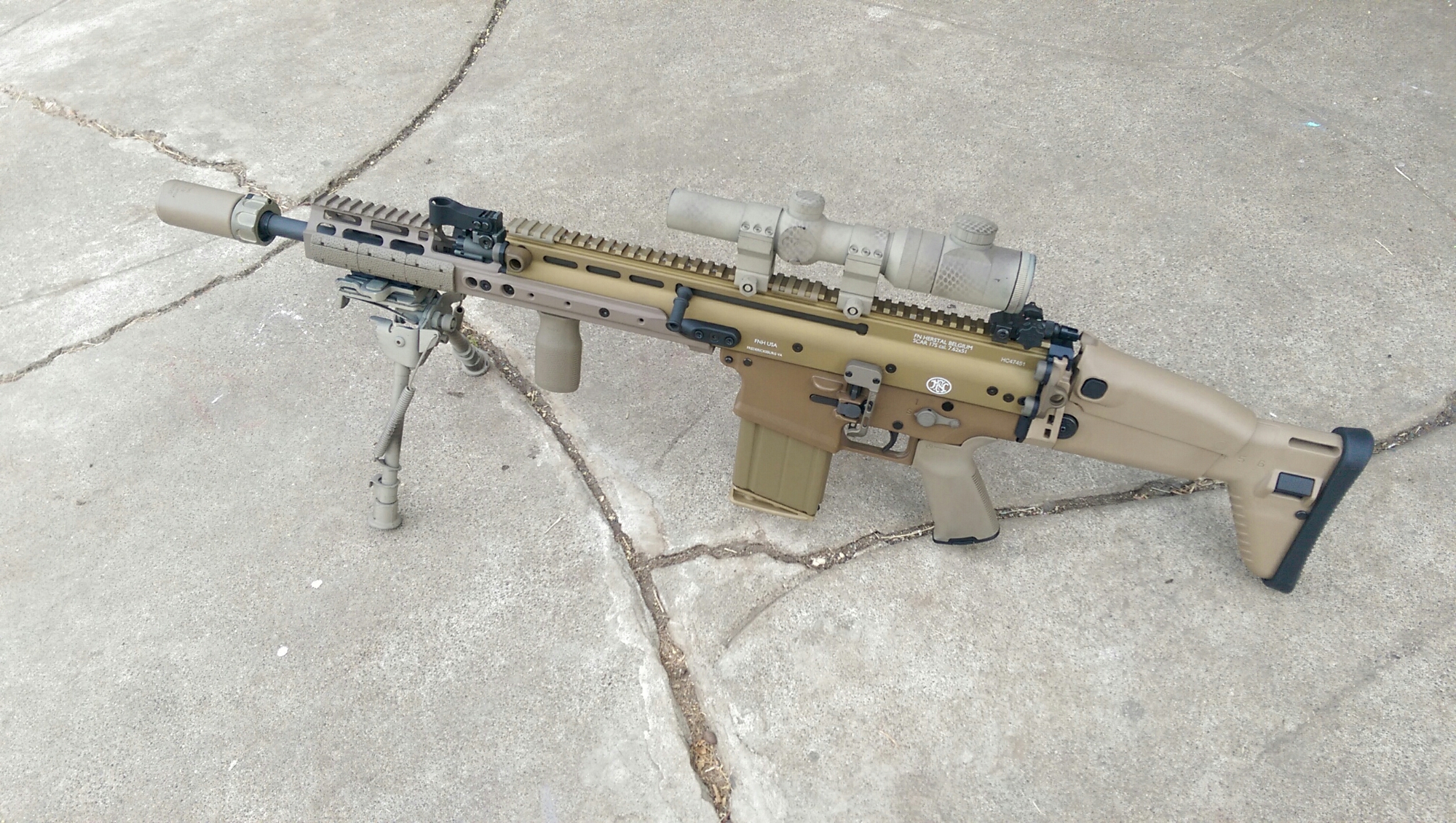 One huge complaint against the FN SCAR weapons system is the fact that it is very limited on rail space forward of the gas block. The rail is short because FN designed the system to be modular, allowing the end user (Special Operations Forces) to swap out different barrels quickly for their mission. If the rail was extended, it would negate the ability to mount the shortest barrel.

There are numerous aftermarket rail extensions available for the SCAR system. FN, PWS, MW Industries, Handl Defense and Kinetic Development Group.
I needed a rail extension because I wasn’t planning on ever cutting my barrel down and could not have a foregrip and bipod mounted together comfortably with the stock rail. What I didn’t want was added weight and bulk to my SCAR as it is the lightest Semi-Automatic .308 battle rifle on the market and I want to keep it that way.
After all of my research, I concluded that the Kinetic Development Group MLOK MREX rail extension was the best solution for my SCAR 17s. This rail and the majority of others work on both 16&17 systems. 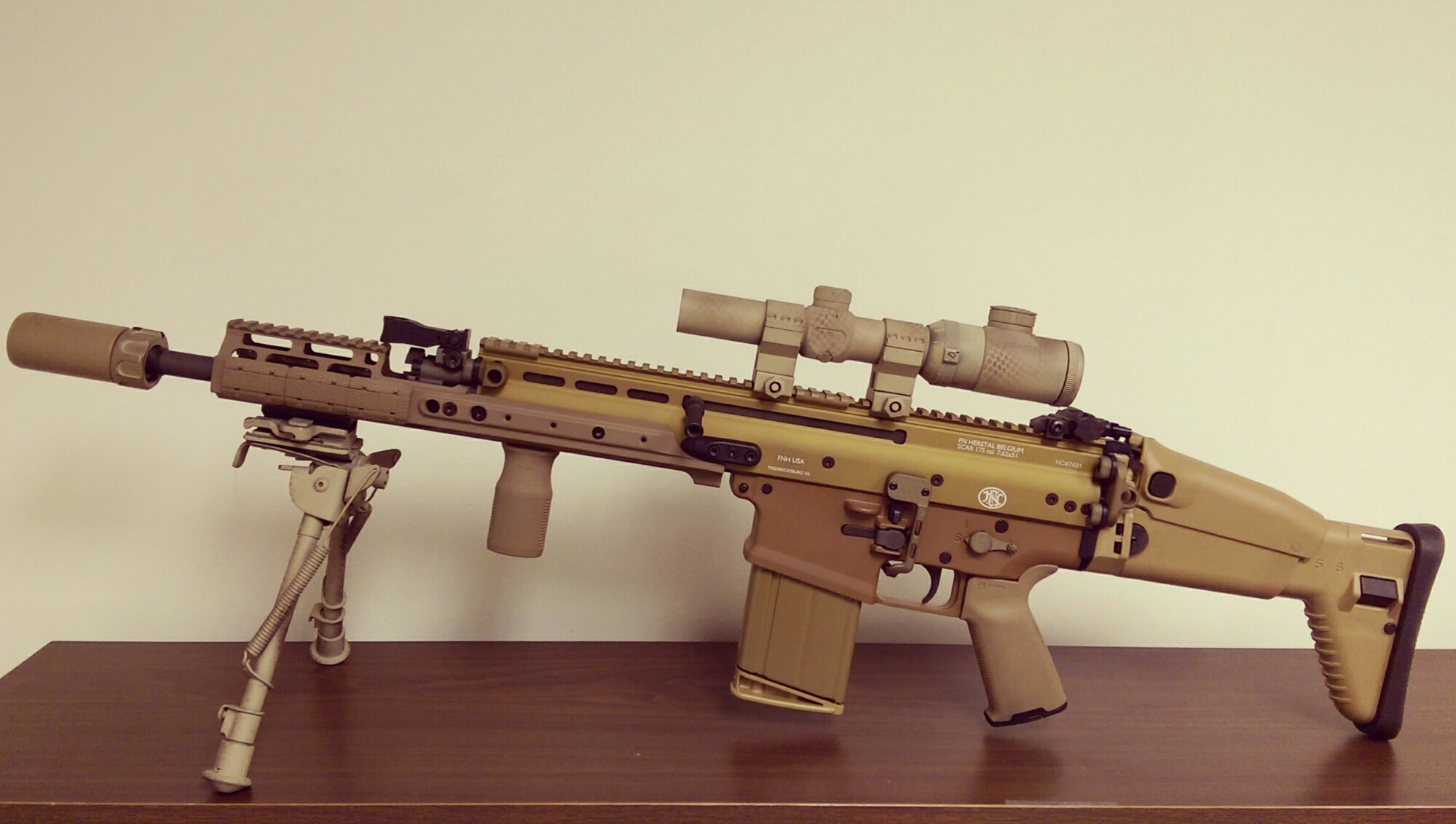 I got the 6.5″ FDE rail that gives me three MLOK sections forward of the gas block. It has a lowered top picatinny rail that allows you to put an X300, X400, TLR, PEQ, DBAL, whatever you want on top without that unit obstructing your optics. The design of the rail is slim and low profile, making much easier to grab. Best of all, it weighs in under 4 ounces!
What comes in the box:
The MREX
2 Torx wrenches (T20&T25)
6 screws, packaged in the order you’ll use them.
1 pack of Vibratite
2 MLOK rail sections
1 KDG PVC velcro patch
Installation was easy, there’s no written manual, there’s however a tutorial video on YouTube, which is even better! https://youtu.be/zd-xiXisAKg
I used a heat gun and my own set of torx wrenches and a rubber mallet.
I’m not a gun smith and don’t fiddle around with my guns too much but I was satisfied with the fact that I was able to do this myself.
After the installation, you could see right away how the overall look and feel of the SCAR was immensely improved for the better. 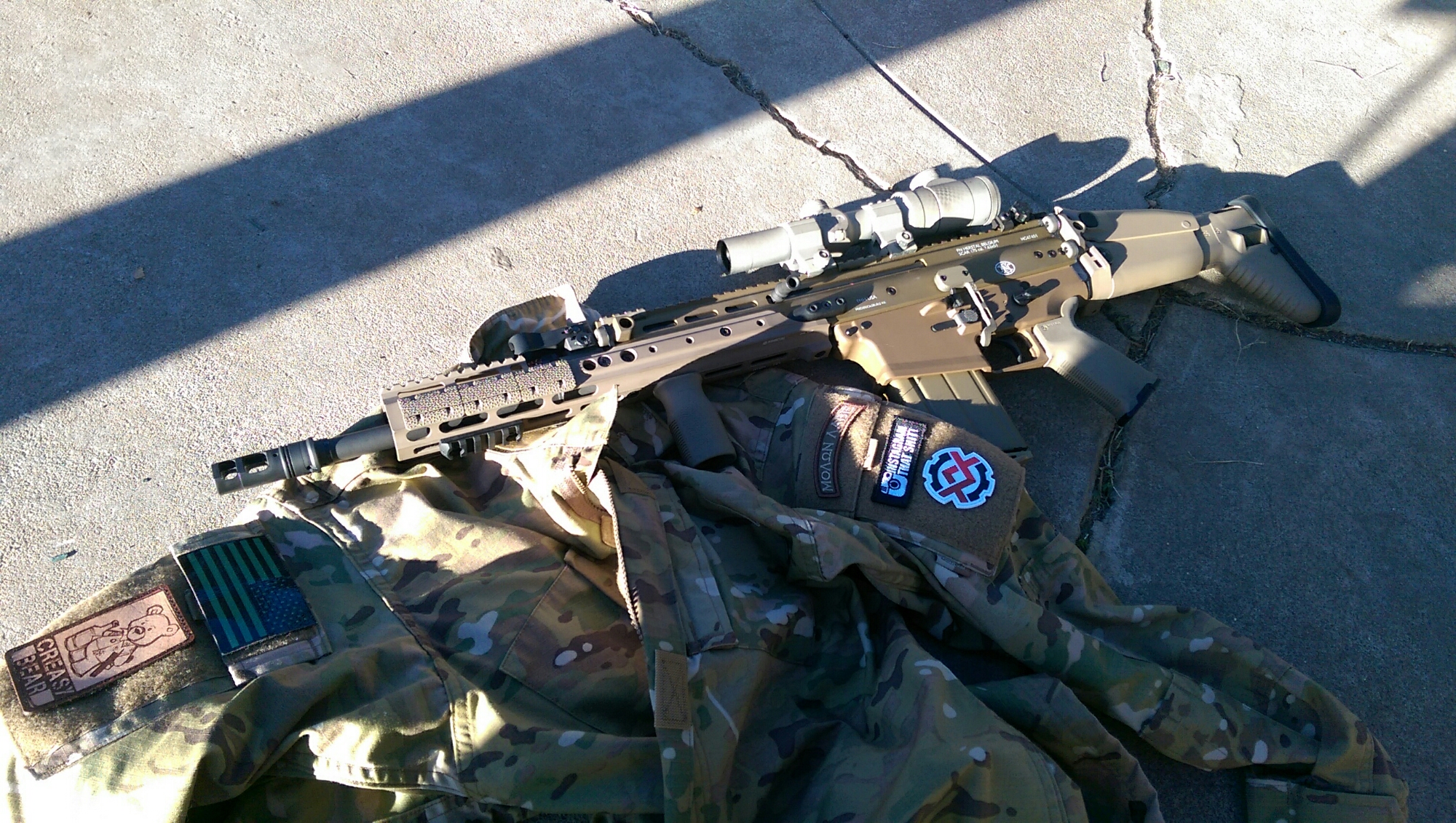 I placed Magpul MLOK covers on the side MLOK slots, placed an MLOK vertical grip under the gas block and the longer rail section a little further up to accommodate my Harris Bipod.
The SCAR system is advertised to keep it’s zero after barrel changes. After taking it to the range and shooting it, I can attest that is does hold it’s zero.
Ergonomically, my SCAR 17 is better; it allows me to have a better grip on the fore end, and I no longer worry about getting hit with the charging handle!
I’m glad I made the right decision on which rail extension I chose. For more information, go to https://kineticdg.com/