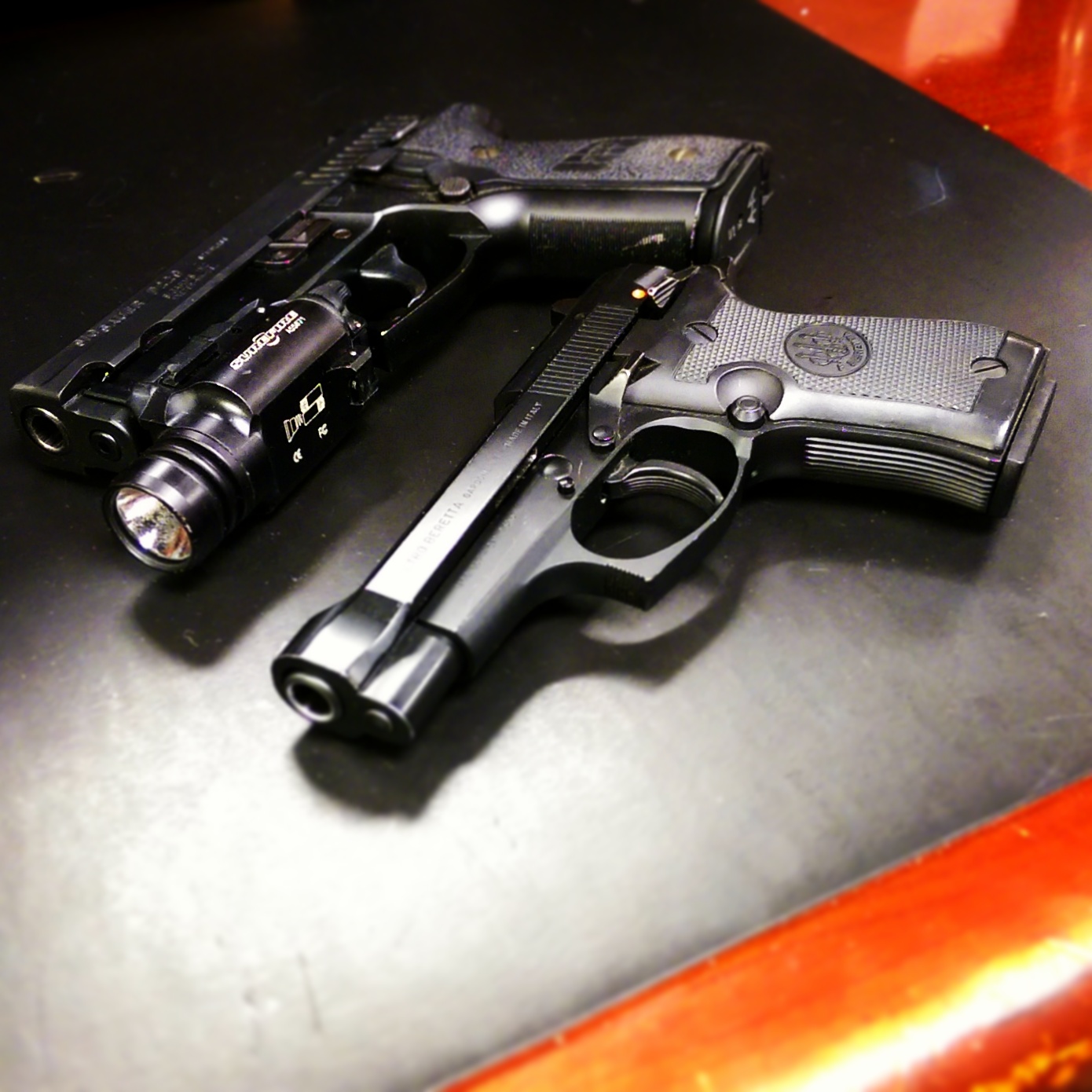 I’ve carried the Beretta M85F Cheetah chambered in .380 ACP or 9mm short for many years as my backup gun.
When I got tired of lugging around my HK P2000sk in my vest holster, I started searching for something smaller but not too small. Back then, pocket .380 pistols were all the rage. Almost every company had one; Ruger, Sig Sauer, KelTec to name a few. I was, however not a fan of the pocket pistols then, believing that they were too small to control and shoot accurately. That was then, I’ve come around on that thinking and that’s why I sold my M85F… back to the review…
I’ve always wanted a Beretta, but didn’t want the full-size M92, so the M85F was a great solution; it is like a mini M92.
To my knowledge, it was the biggest .380 pistol I could find and at the same time, it was smaller, slimmer and lighter than a subcompact pistol. I could get a full grip with both hands.
The Beretta M85F is a DA/SA Semi-Auto with a manual ambidextrous safety/decocker that resembles a 1911’s, it is on the frame and not on the slide like on the M92. It also has a magazine disconnect safety, which I don’t like. The trigger pull is like a standard DA/SA on the M92 and has no trigger reset, another feature I’m not a fan of. The magazines are metal, single stack which hold 8 rounds. 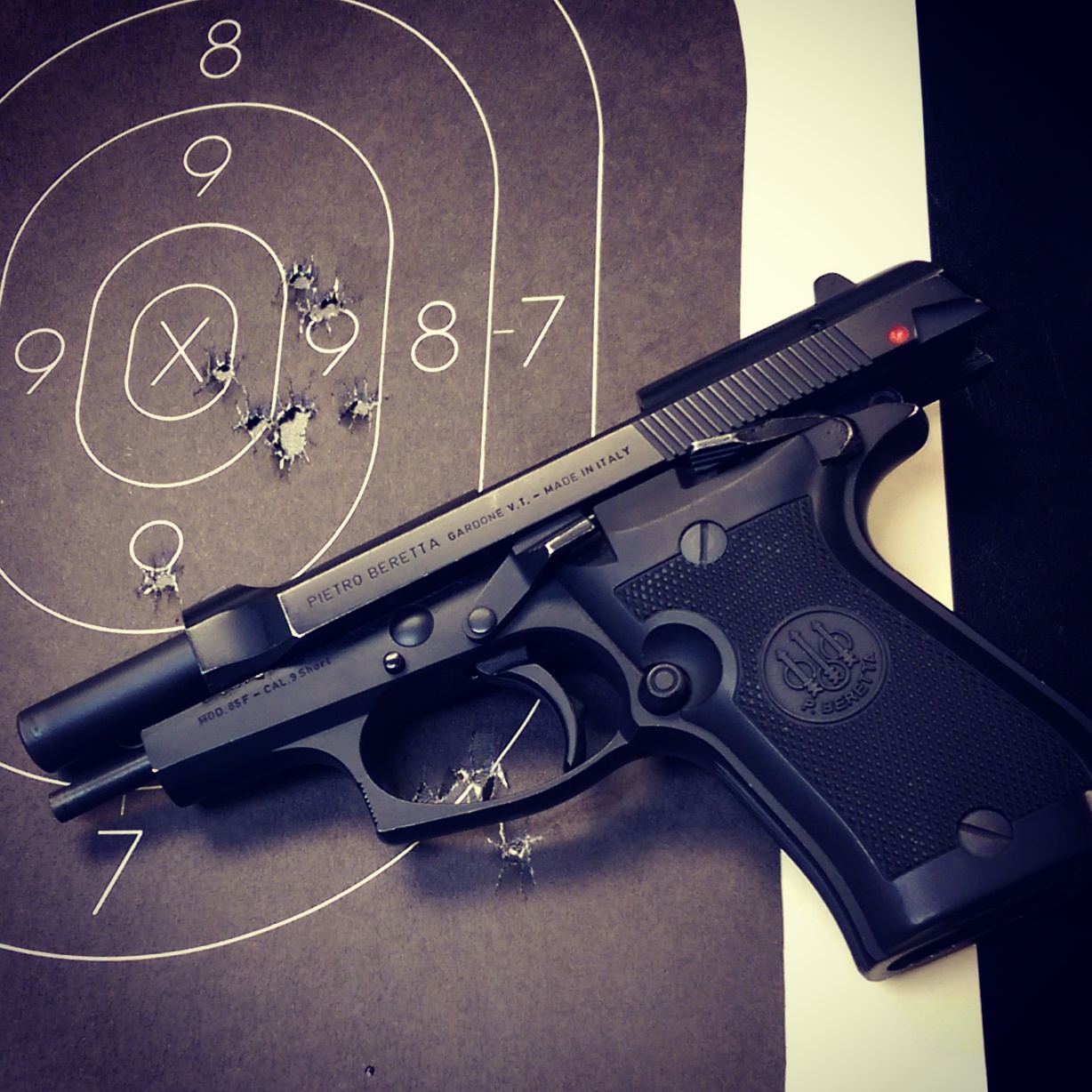 It was accurate and easy to shoot.
So why did I get rid of it? There are quite a few reasons for that.
If you have been following me for the last few months, you would notice that I have been doing what I’m calling a “spring cleaning” of my firearms collection. I’ve been updating my collection with newer guns that I want and will use more often by selling ones that I don’t anymore. At the same time I am consolidating the ammunition that I need by getting rid of a few calibers.
The M85F was one of them. It was the only .380 ACP pistol I owned and those that own .380’s know that it’s difficult to find ammo for it. My department does not provide .380 for practice, so I had to supply it myself, which was not an issue, but I didn’t always have practice rounds with me at work so I rarely shot it.
The .380 is also called a 9mm short because that’s what it is. Some will argue that it is too small of a round to use defensively. I always carried good JHP ammo for duty, but why carry .380 when you can carry 9mm? Enter the Beretta BU9 Nano. 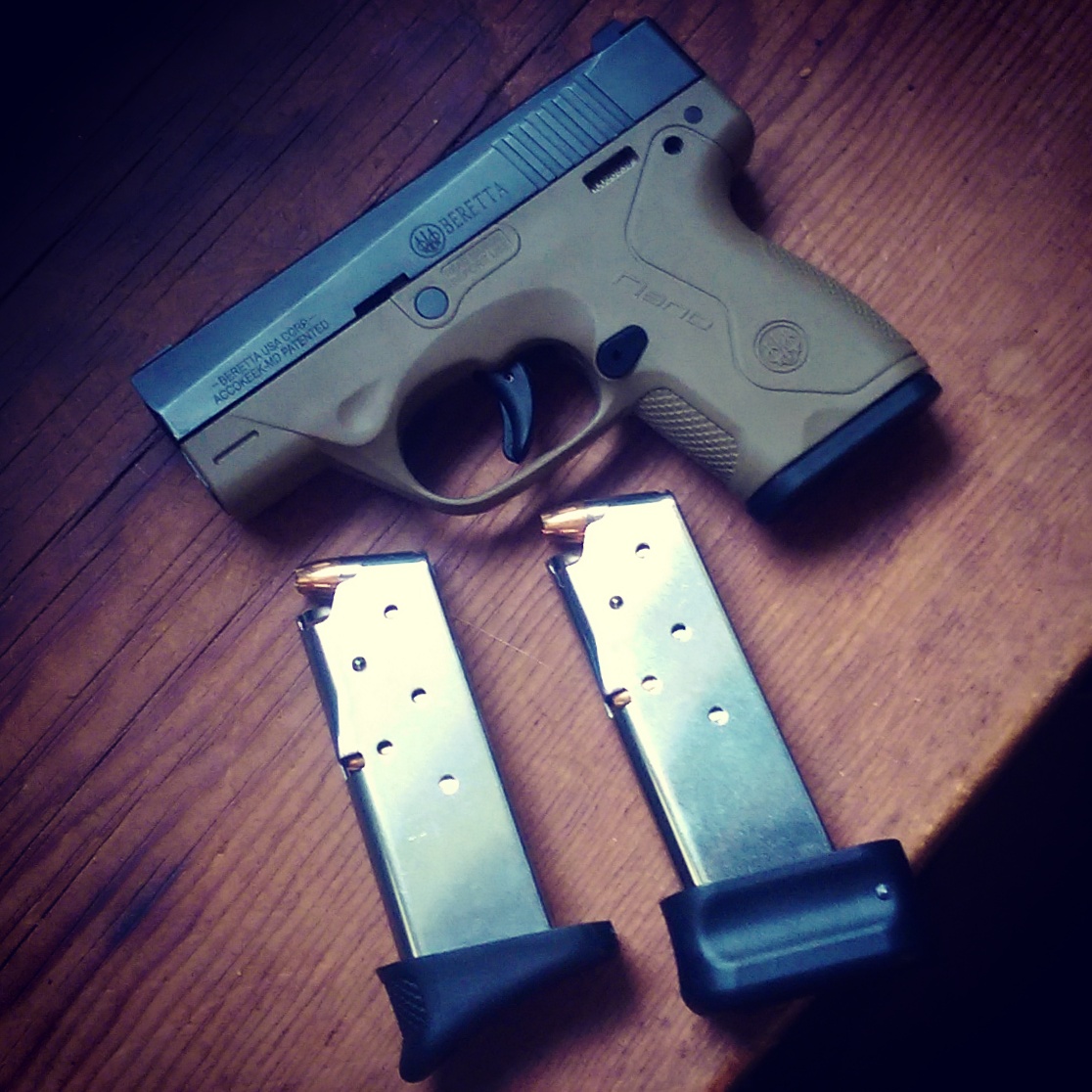 Cost, the M85F isn’t cheap with the price being close to $800! You can get a M92 at that price!
Bottom line: if you like .380’s and Beretta’s this is the gun for you. I sold it to my partner who got it for his wife for the range. It’s an ideal range gun for the ladies who have less upper body strength to deal with other Semi-Autos. The M85F is pretty easy to manipulate.
In my opinion, it’s more of a collector’s piece because of it’s price tag. There’s so many other options out there that are more practical and cost effective.