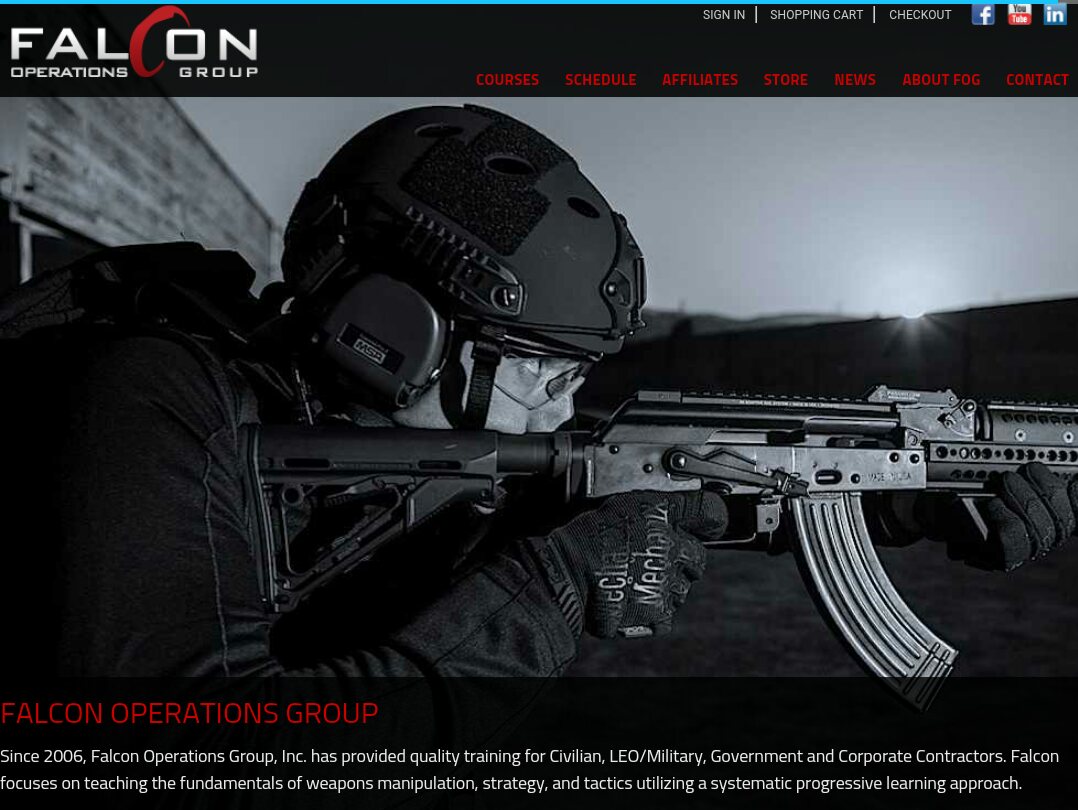 Training. For a true professional in any field, it never ends. In the field of Law Enforcement it is especially true. Every LEO goes through an academy, some are tougher than others. Everyone must pass the minimal requirements in order to graduate. Most academies, like the one I attended are called “Basic” Academies. That is because as difficult the academy is to complete, everything you learn is just the basic knowledge that is required to start your career.
It has always been suggested by instructors and tactical staff that one should seek further training in the future. It is a suggestion that I have taken to heart.
I will only focus on gunfighting classes that I have taken with this post focusing on my lastest class I attended last week.
This is my After Action Report (AAR) of Falcon Ops Group LEO/MIL 1.5 Pistol Deployment:
This was a 1 day/8 hour course that was for LEO’s and active Military members only and it was completely sold out. Since it was a one day course, no time was wasted. We quickly signed in and loaded up and went through the safety brief. All of the instructors were well experienced in gunfighting and are currently LEO’s or retired or come from the competition world. They all have nicknames with the lead instructor being called “Hollywood” because of all the movie quotes he mentions throughout the day.
After the safety brief, Hollywood went over the 7 shooting fundamentals: Stance, Grip, Sight Alignment, Sight picture, Breathing, Trigger Control, Follow Through. He then demonstrated each and told us why Trigger Control was the most important of them all. Hollywood explains that with their teaching method, they will tell us to do something a certain way and will always tell us why they want us to do it that way; that way, we better understand the technique.
We did some basic drills to focus on the fundamentals then we did a partner drill that was extremely difficult for me and many of the other students to accomplish. The first shooter shoots a shot anywhere on the target, the partner then follows with drawing their pistol and firing a shot with the goal of hitting the first hole. This was repeated five times per shooter then the roles get reversed. I only got close to one with one of my shots. 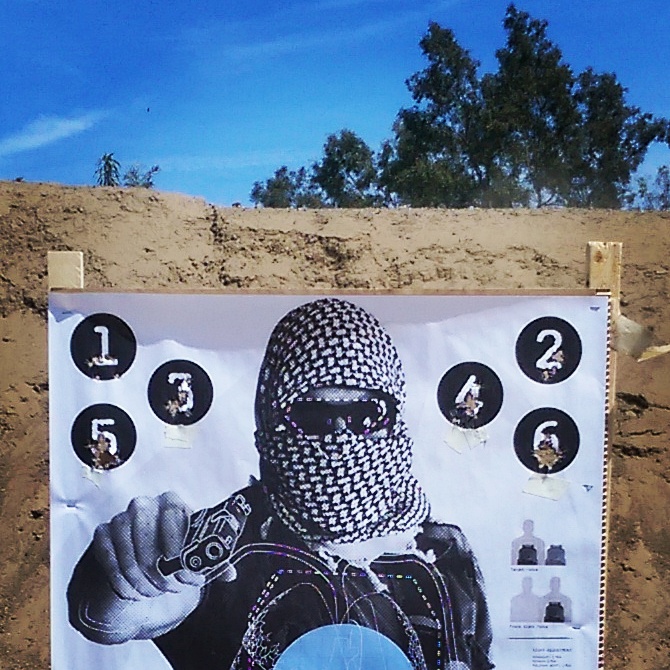 The Falcon Six drill was fun and challenging at the same time. You have six small circle targets and you shoot two rounds each with 4 rounds in your first two magazines, thus requiring you to reload after two targets. It was a great drill for testing your speed and accuracy. They teach us that accuracy is final. I definitely wasn’t the fastest shooter out there but I never missed on the several runs we did with this drill.
Right after lunch, we got into more dynamic shooting. Shooting and moving, shooting from dynamic positions like dynamic prone and having shoot/don’t shoot scenarios. The only part of the class I had some confusion with was the shoot/ don’t shoot drills. The instructors used picture targets and tape to cover certain areas on the pictures. We were supposed to make a decision and at the same time, communicate with the subjects, your partners with what you saw and when you needed them to cover you when you needed to reload. When it was my turn, I didn’t know who/what was in play. After the drill was over, the instructors explained what was what and what to look for and that’s when I really understood the drill. I gave my feedback about this drill and the instructor told me that they will definitely make changes to it in the future.
Then we moved onto the steel targets. With them, we had to move laterally, turn and face the targets and shoot. We then got down and went into the dynamic prone on both sides. Hollywood then taught us the best way to move with your pistol in a different position than I was trained with in the past. It is a modified version of pistol indexing. Your pistol is pointed up near your head with your trigger finger out of the trigger guard and on the frame. this way, your reaction hand/arm is free to move obstacles, bystanders, fight off an attacker and you will not point your muzzle at your partners or anyone you don’t want to. I thought this technique was very useful, especially in practice. Hollywood also taught us how to properly pie a corner while making yourself the smallest target possible. We then were sent downrange to shoot and move from cover to cover until you got good hits on steel with resounding ‘dings’. At the end of the class, we had a shoot off starting with a steel torso at 25 yards, miss and you’re in the loser’s circle. I miss my fit shot and was out, the sole winner got out to 50 yards.
At Falcon Ops, they didn’t want to yell at us because we wouldn’t learn as well and retain the information. They only yelled at us twice, once when a student muzzled an instructor and second when my group was missing 50-60% of our shots on the shooting and moving drills.
Overall it was a great course and training experience. I took away new techniques and I know what I need to work on in order to improve. I do plan on taking more classes in the future. I highly recommend Falcon Ops Group, I had a lot of fun while learning from experienced instructors. For more information and course schedules go to:
www.falconops.net